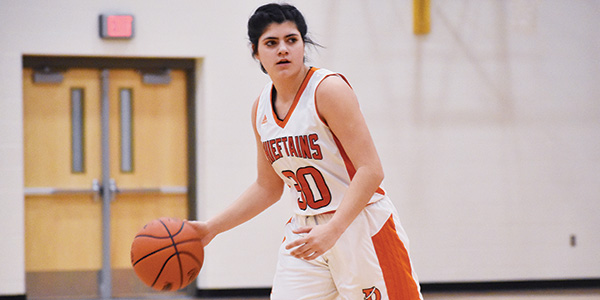 The Chieftains (1-18) went into the game hoping to build some momentum heading into the postseason on Monday. Instead, they returned to Dowagiac with a 54-33 loss to the Comets, who improved to 9-10 on the season.

“We can’t give up big runs like we did in the second quarter,” said first-year Dowagiac coach Jason Turner. “We stopped attacking offensively and gave up a big run.”

Dowagiac and Coloma were deadlocked at 8-8 after one quarter, but the Comets were able to shutout the Chieftains in the second quarter to open up a 27-8 lead at halftime.

Dowagiac never recovered. The Chieftains trailed the Comets 40-17 heading into the final quarter.

Vanessa Crisenbery scored a game-high 17 points to lead the Comets.

Turner said his team needs to pick it up during Wednesday’s preparation for its Wolverine Conference crossover against visiting South Haven tonight. The start of the game has been moved up to 6 p.m.

“We need to come to practice tomorrow [Wednesday] ready to focus and prepare for Thursday,” he said.

Dowagiac will then travel to Buchanan Monday night to open up Division 2 district tournament play against defending district champion Edwardsburg. The game is scheduled to start at approximately 7 p.m. Three Rivers will face host Buchanan in the first game at 5:30 p.m.

Tickets are $6 per person, and no passes will be accepted.