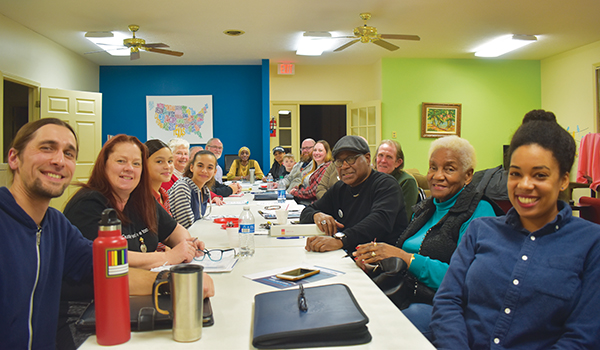 NILES — HOPE’s mission is in its acronym: Helping Our People Evolve.

The group was founded in 2018, and this year, the group hopes to make a big impact on many children in Niles. In cooperation with Niles Community Schools, the group hopes to create a mentorship program in the high school and hire more minority teachers districtwide.

“A lot of the adults in Niles, they don’t even know that they have a deficiency in minority teachers, so we’re putting this on the front burner,” said HOPE co-founder Doug Freeman. “Also, they don’t know the impact it has on the entire student body.”

When minority students have minority teachers, test scores and attendance have been shown to go up while suspensions go down, according to national research group Brookings Institute.

The Michigan Department of Education found that of 95,253 teachers in Michigan from 2016 to 2017, 91.6 percent were non-Hispanic/Latino or white. Black teachers made up 5.9 percent of the population, while Hispanic and Latino teachers made up 1.2 percent.

That issue stems from few minority college students pursuing a teacher career, Daniels said. The education department found that the number of students receiving teaching degrees fell across all racial and ethnic categories over the past few years. The number of minority students pursuing such degrees in 2017 was better than the percentage of current minority teachers — 17 percent versus 8.4 percent.

Daniels said that there is competition across many Michigan school districts to hire the few hundred minority teaching graduates each year. Many school districts wish to diversify their staff.

To help, HOPE has stepped in, encouraging the Niles school district to attend recruitment events at colleges and universities that have a diverse student population. HOPE members plan to come along to future events, where they will emphasize the school district’s benefits as well as its diverse student body.

“They’ve also branched [out] to people they know of are educators that might want to come to Niles or go back to Niles,” said Superintendent Dan Applegate. “Their networking abilities have really helped us.”

The school district knew hiring diverse teachers was important, he said. HOPE encouraged them to make a concerted effort.

Mentorship at a personal level

As HOPE prepares to help the Niles school district recruit a more diverse field of teacher applicants, it is also helping Niles High School create a mentorship program for the 2020-2021 school year.

Mentors approved and screened by the district would visit with select students during lunch, sharing a meal and speaking to them.

The mentorship would not be rooted in academic tutoring, Daniels said. Rather, it would be rooted in personal connections.

“This is not a situation where we’re going to solve any situation every problem that child has,” Daniels said. “You’re going to show that child somebody cares. You know what? That just changes things tremendously for some of these kids.”

Daniels has seen mentorship’s impact firsthand. He mentored two students, and by speaking with them about their triumphs and struggles, their grades improved.

A student may find better mental health, energy and positivity by having someone to let them know they are cared for, HOPE members added.

At a monthly HOPE meeting last Friday, members shared their opinions on ways to better a mentorship program. Some wanted it at the district’s elementary schools. Others wanted to emphasize that the program would not just be about grades.

Freeman suggested bringing children in on the conversation.

“They know a lot more than we do of what is lacking,” he said.