BAJA CALIFORNIA, MEXICO — A former Bridgman man charged with criminal sexual conduct and accosting a minor in 2015 was caught in Mexico on Feb. 4 thanks to a coordinated effort between law enforcement officials and viewers of an investigative story television show. 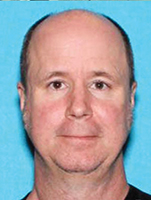 cooperation between multiple law enforcement agencies in the U.S. and Mexico.

Stanson’s arrest comes days after he was featured on the television show “In Pursuit with John Walsh” on Investigative Discovery Network Jan. 29. The show features stories on fugitives and missing children and is broadcast in dozens of countries.

“Tips came in following the show, which ultimately led to locating and arresting him,” said Lieutenant DuWayne Robinson, of the state police’s fifth district. The district is headquartered in Paw Paw and covers southwest Michigan.

Once it was determined Stanson was out of the country, the St. Joseph, Michigan. Federal Bureau of Investigation Office was contacted by Michigan State Police, Robinson said.

The FBI obtained an Unlawful Flight to Avoid Prosecution warrant and requested assistance from their Mexico law enforcement partners in Baja California, Mexico.

After law enforcement agency Guardia Eststal de Seguridad arrested Stanson, they extradited him to Berrien County. He is expected to face charges of unlawful flight to avoid prosecution, criminal sexual conduct in the first degree and failure to appear for sentencing on the original charge of accosting a minor.

Robinson said the arrest could not have happened without the coordinated effort between law enforcement, TV show viewers and the families of Stanson’s victims.

It was also the result of five years of work the Michigan State Police’s active fugitive team in the fifth district had conducted.

“They have all the warrant information and names of individuals who have warrants,” Robinson said. “Every day, they are pressing away, trying to locate and arrest them.”

The Bridgman man’s criminal actions stem from a Halloween party. Teenagers at the party alleged Stanson had sexually abused them, including his daughter.

Robinson said the Michigan State Police wanted to the thank the families of the victims for their assistance and cooperation throughout the investigation.

Henry Schleiff, president of Investigation Discovery, said he wanted to thank the viewers of “In Pursuit with John Walsh” for their assistance in the arrest.

“I am so proud of our viewers for taking a stand to actively engage in the justice system, and we remain committed to the profound work that John and Callahan Walsh do on this series, which helps bring answers and closure to so many families,” he said.

Stanson is the 12th person featured on the show to be arrested in its two seasons.