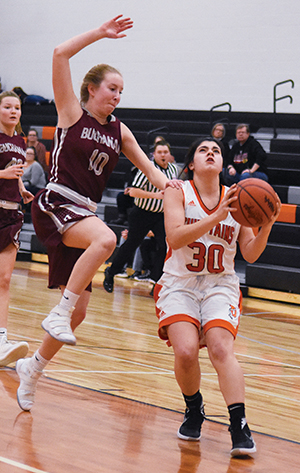 Winter season kicks off this week

DOWAGIAC — The 2019-20 winter sports season tips off on Tuesday night as Dowagiac travels to Cassopolis for its girls basketball season opener.

Jason Turner takes over as head coach for the Chieftains, who are scheduled to tip-off against the Rangers at 6:30 p.m.

With boys basketball and wrestling still a week away from opening competition, the girls basketball team hits the court again on Friday as Dowagiac hosts Paw Paw in a Wolverine Conference non-divisional contest, which is scheduled to begin at 7:15 p.m.

Buchanan will be the first Leader Publications team to open up the season as the Bucks head to Andrew’s Academy tonight for a non-conference contest. Tipoff is set for 6:45 p.m.

Edwardsburg, a Wolverine Conference South Division foe of the Chieftains, will open up its season on the road at Schoolcraft Tuesday at 7 p.m.

On Tuesday, Niles and Brandywine will open up their 2019-20 seasons.

The Vikings will host Three Rivers in girls basketball at 7 p.m., while the Bobcats host Coloma at 7 p.m.

Both games are no-conference affairs.

With wrestling and boys basketball still a week away from starting, the girls basketball teams will be back on the court on Friday night.

Niles will travel to Mattawan for its first SMAC West Division contest of the season. Tipoff is set for 7 p.m.

Brandywine will also be on the road as t travels to Berrien Springs for its BCS Athletic Conference Red Division opener.

The Niles and Brandywine bowling teams will wrap up the first week on winter sports on Saturday at Joey Armadillo’s.

The Vikings and Bobcats will be hosting league foes starting at 11 a.m.