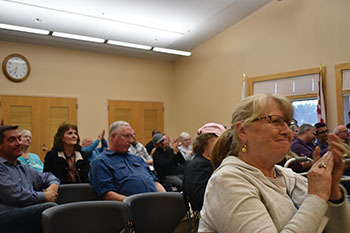 NILES — The Niles City Council hosted a Monday evening special meeting nearly a year in the making. There, it approved an ordinance and an ordinance amendment with a 6-1 vote each that would allow adult-use recreational marijuana businesses to be regulated in city limits.

In about 20 days, entrepreneurs and marijuana businesses can seek pre-approval for an adult-use license from the state. Then, they can seek approval from Niles’ planning commission and council for permits and other regulatory requirements. If approval is obtained, Michigan may grant the businesses their state licenses, and the businesses can operate in city limits.

The businesses will have to comply with numerous other safety and compliance measures, as both ordinances were created to regulate.

Four provisioning centers, including medical marijuana businesses, and four micro-businesses will be permitted, as will three designated consumption centers.

Niles residents voted almost 3 to 1 to make recreational marijuana legal in the 2018 election.