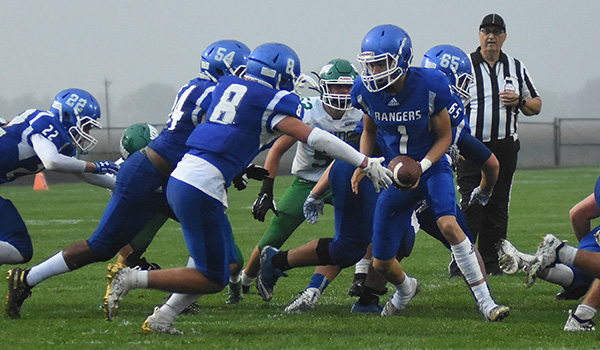 Rangers blow out White Pigeon in battle of unbeatens

WHITE PIGEON — It was billed a showdown between the top two teams in the Southwest 10 Conference.

It was No. 6 Cassopolis (Division 7) at No. 3 White Pigeon (Division 8). When the dust settled, the visiting Rangers remained undefeated following their 41-0 rout of the Chiefs.

With the win, Cassopolis qualifies for the postseason for the seventh consecutive season. The Rangers reached the state semifinals in last season and 2016.

Cassopolis also scored on a fumble recovery by Ahsan Hart and an interception return by J.J. Hart.

The Rangers finished with 254 yards of total offense. They held the Chiefs to 94 yards.