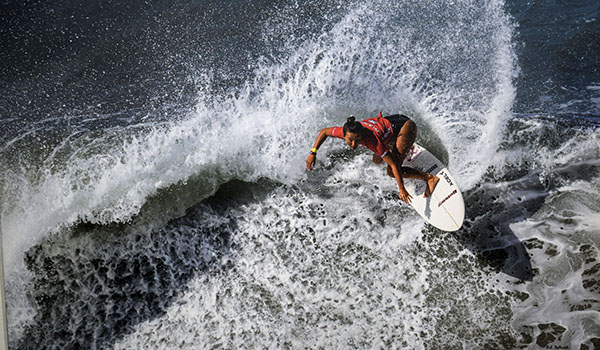 A retrospective of Bill Rothwell’s art during 20 years teaching graphic design at Southwestern Michigan College is displayed in the SMC Art Gallery, room 108 of the Dale A. Lyons Building on the Dowagiac campus, until Thursday. (Submitted photos)

DOWAGIAC — A retrospective of Bill Rothwell’s art during 20 years teaching graphic design at Southwestern Michigan College is displayed in the SMC Art Gallery, room 108 of the Dale A. Lyons Building, on the Dowagiac campus, until Thursday. Gallery hours are 10 a.m. to 3 p.m. Monday through Thursday. The gallery is open to the public at no charge.

Rothwell, of Niles, retired earlier this year. His work complements his two decades in SMC classrooms. This exhibition includes a selection of paintings, digital photographs and monotypes — many created especially for this project and on view for the first time.

“It’s fairly unusual for a community college to have such a commitment to the visual and performing arts,” said President Dr. David Mathews. “For an institution to say, ‘This is an important part of what we do,’ is really not that common. It’s a choice of SMC. The bigger choice on top of that is how individual people choose to pour their lives into their work and into other people. We are indebted to them.”

A former aerospace illustrator who taught graphic design for 18 years in Anaheim, Rothwell left his native California and moved to Michigan for the sake of adventure.

“In contrast with my computer use as a graphic designer and instructor in a computer lab,” he said, “I have also long enjoyed the feel of a traditional brush, mixing colors on a wooden palette, slow-drying oil paints and cameras that can focus manually.”

Oil paintings depicting old trucks being reclaimed by time with their earthly patinas of rust hang in the gallery’s front room.

After completing the first truck painting in this series in 2001, the decaying machines thereafter became a metaphor for human aging. A Jeep reminds him of his father, a red truck of his aunt.

“My most recent piece is a photo transfer of an old car and barn embellished with oil paints on collected barn wood,” he said. “I took hundreds of photographs of a 1940 Studebaker sedan and old barn that were on a property adjacent to SMC’s Dowagiac campus. After the barn was demolished a few years ago, some of the wood siding was collected and used in this piece. There are several other pieces in the show that utilize monoprint transfer processes I learned last year in a printmaking class at Ox-Bow School of Art in Saugatuck.”

Photographs in the show range in subject matter from a Route 66 sign to surfers.

“Having traveled on Route 66 twice in the last decade,” Rothwell said, “I enjoy capturing nostalgic scenes along the old ‘mother road.’ Surfer images were taken at a large competition in Oceanside, California, over the past two summers. I am intrigued by the athleticism of the surfers versus the power and beauty of the ocean’s wave action.

“Every year in late winter, I take photos of wooden snow fences along the southwestern Michigan coast, like Silver Beach. The textural qualities of tattered wood fences, long shadows just before sunset and wind-blown snow/sand patterns are beautiful. There are two, but I have thousands of images. That could be a show in itself.”

Rothwell’s brushwork lately has been devoted to restaining his deck.

“Marc (Dombrosky, Visual and Performing Arts chairman) created this fun environment that was so hard to leave. We were only supposed to be here three to five years, but I liked working at this college so much. A former president thought I was here under the witness protection program. Why else would I leave southern California?” he said.

“I had a wonderful career here. I miss the day-to-day classroom part, but love retirement because I’m getting to spend the time I need with my wife (Donna). We found a new house in Stevensville,” Korzun said.