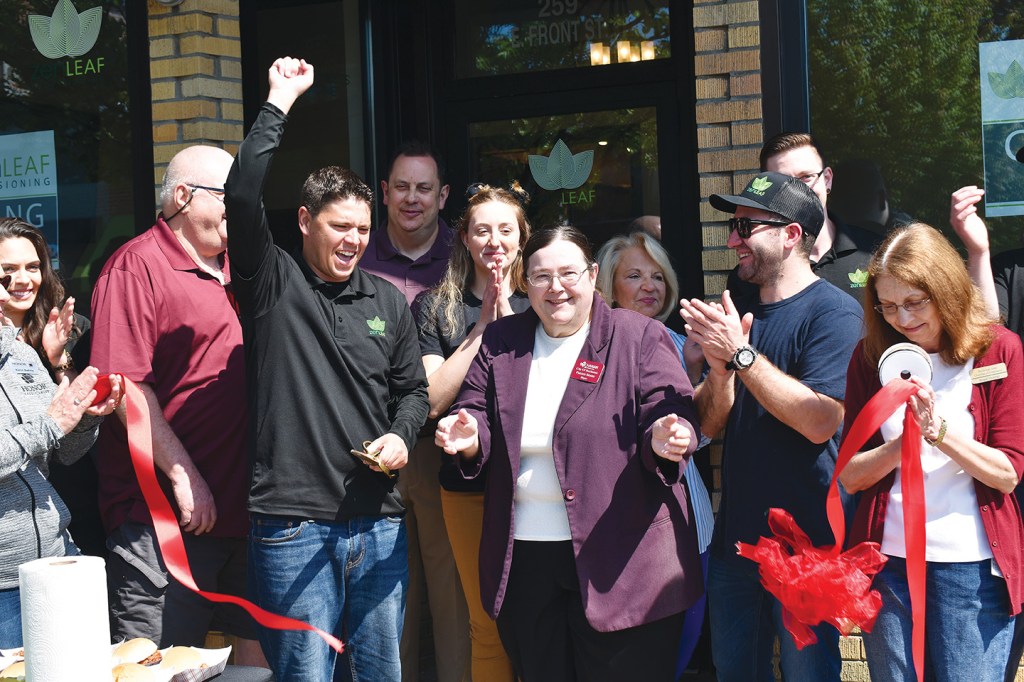 BUCHANAN — Saturday marked a historic day for southwest Michigan as the first medical marijuana provisioning center opened its doors to the public.

Billy Breen, the owner and general manager, pumped his fist in the air as Buchanan Mayor Patricia Moore cut through a red ribbon during a ceremony outside of Zen Leaf, located at 259 E. Front St. From 11 a.m. to 4 p.m., the business hosted an open house to invite the public to explore the facility. Because the medical marijuana product arrives later in the week, anyone was welcome to visit. When the product comes, only medical marijuana cardholders will be allowed inside.

Zen Leaf will be the first operating provisioning center within a 65-mile radius. The business will sell medical marijuana to cardholders, as well as smoking accessories. Zen Leaf’s soft opening will take place at 11 a.m. Wednesday. Zen Leaf will host a grand opening ceremony at 12:30 p.m. Friday.

More than an hour before the open house, people were already lining up outside of the medical marijuana provisioning center’s doors. Chris Liebetrau, of Niles, was among the crowd of roughly 50 people.

Liebetrau is a medical marijuana cardholder who drives three and a half hours to Bay City once a week to buy marijuana to help treat the physical symptoms he experiences from gall bladder failure.

“Obviously we want something local,” Liebetrau said. “Most of us are tired of driving three hours to get something decent. [This] could mean great stuff for a lot of people with physical ailments.”

Measuring the crowd Saturday, Breen said he felt emotionally moved by the number of people that turned up to visit the business and show their support. As Zen Leaf prepares to open next week, Breen said he most looks forward to being able to offer patients quality care.

“We are excited to be here on Front Street and be part of the great downtown and hopefully help build it back up as it once was,” Breen said. “The end goal every day for Zen Leaf is to provide a better quality of life for those patients.”

Breen and Sam Dorf, founder of the Zen Leaf licensing company, grew up together in New Buffalo. Now business partners, they said they chose Buchanan because the city had opted into the medical marijuana program and that they saw potential in the community.

Dorf and Breen said it took a lot of hard work to be the first medical marijuana provisioning center to open in the area. They first got in touch with the city of Buchanan two years ago and since then said they had worked closely with the city of Buchanan. They also said support from Buchanan’s Chamber of Commerce and state and local regulators helped them turn their business dream into reality.

Mayor Moore said she felt like Saturday’s occasion commemorates a new chapter for Buchanan and its downtown district.

“We have lots to offer in this city, and I think this will be a great introduction to show people what a forward-looking, progressive city this is,” Moore said.

Initially, Moore said she had been concerned about patient security for those visiting medical marijuana businesses. However, Moore said her perspective had changed.

“I have been totally calmed in my concerns,” Moore said. “Especially being downtown, I was concerned about that. But when you look at it, there is very little opportunity for someone to do something nefarious here. People who won’t need this service, won’t really even be aware of it.”

The city of Buchanan will permit five medical marijuana provisioning centers. At this time, city officials have not yet opted in or out of the recreational marijuana industry.

The location Zen Leaf chose to occupy was the former Bucktown Tap. The building had been vacant for more than a year.

With all the buzz throughout the open house, Breen said he felt his business was welcome in Buchanan.

“From purchasing this building to getting city approval to getting state approval to the build-out, from security cameras to the floors – it’s amazing,” Breen said. “[And now] all these people and all this support, it’s wonderful.”

The business was originally named Treehouse Compassion Center but will operate under the national brand, Zen Leaf. The provisioning center will be open from 11 a.m. to 6 p.m. Monday to Friday and 10 a.m. to 4 p.m. Saturday. To learn more about Zen Leaf, those interested can visit the business’ Facebook page. 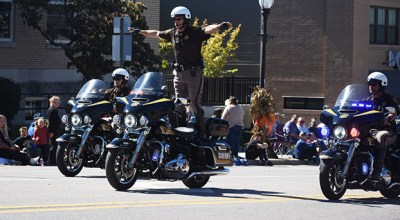