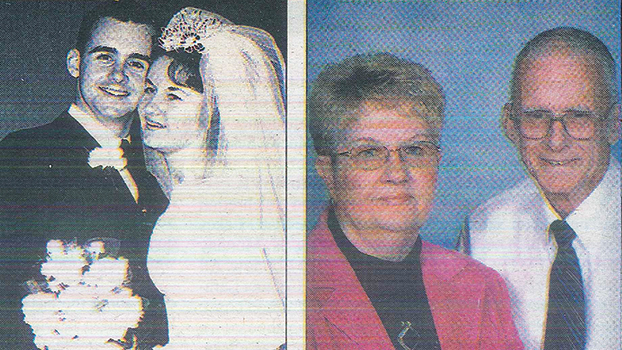 Don and Betty (Schrumpf) Kirkendall, of Niles, will celebrate their 55th anniversary on March 7.

Don and Betty both graduated from Niles High School, Don in 1955 and Betty in 1963. They have lived in Niles all of their lives. They met in 1963 when they enjoyed cruising the Niles drive-ins, especially the Thomas Drive In, where Hardees is located.

Betty made many friends working at First Federal Savings Bank in Niles. After 32 years of dedicated service, she retired from Standard Federal/ABN AMRO South Bend as vice president. She is now the financial secretary of St. John’s Church of Christ of Niles.

Don spent four years in the U.S. Navy and served in the helicopter squadron, HS-7 NAs, in Norfolk, Virginia. He retired in 1999 from Tyler Refrigeration after 42 years. He is president of the Niles Haunted House Scream Park and has been with the project for more than 35 years. He has also worked with the Red Cross and has donated 25 gallons of blood. Don has volunteered at the Greater Niles Senior Center for 18 years. He was an MHSAA umpire and also worked at Thomas Stadium and FOP Park for many years.