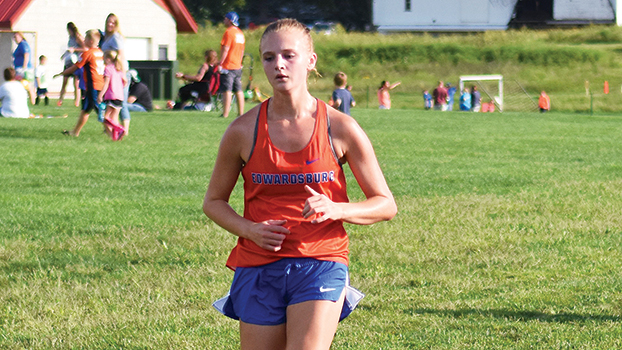 EDWARDSBURG — Senior Chloe Bartz of Edwardsburg has been selected as one of eight student-athletes by the Michigan High School Athletic Association for its MHSAA/Farm Bureau Insurance Scholar-Athlete Award winner.

The Class B winners were announced this morning.

Winners will be honored at halftime of the Class C boys basketball state finals game at the Breslin Center on the campus of Michigan State University March 16.

Commemorative medallions will be given to the finalists in recognition of their accomplishments.

In order to be nominated for the scholar-athlete award, students had to have at least a 3.5 PGA and had previously won a letter in a varsity sport in which the MHSAA sponsors a postseason tournament.

Other requirements for the applicants were to show active participation in other school and community activities and produce an essay on the importance of sportsmanship in educational athletics.

“Sports are often said to reveal character, but I am of the opinion they build it,” Bartz wrote in her essay. “As student athletes, we are reminded daily of the effort, time and passion needed to succeed on the sports field as well as in the classroom. It’s essential for sportsmanship to be practiced as much as a jump shot, for at the end of the game, it won’t be a person’s last-second shot you remember in 20 years.”

Bartz is a three-sport athlete at Edwardsburg. She is currently playing her fourth year of basketball for the undefeated Eddies. She also has run four years of cross country and will compete in her fourth year of track this spring, where she is a three-time state qualifier and a two-time school record holder in the 3,200-meter relay,

Bartz has been a captain on all three teams and has earned scholar athlete awards all four years.

Bartz will attend Loyola University in Chicago where she will study biochemistry.