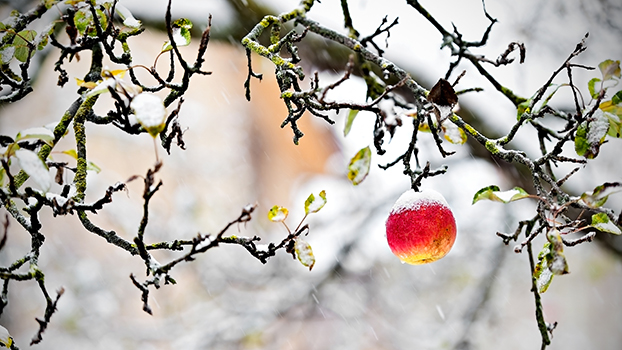 SOUTHWEST MICHIGAN — Michigan was on lockdown last week after temperatures fell into the double negative digits. Students stayed home from school, many businesses told their employees to stay inside and even the U.S. Postal Service was shut down for a day.

But the impact of the cold may be felt well throughout the year in Michiana as farmers look at the damage caused to their various crops. Cherries, peaches, nectarines, blueberries and trees may be damaged from the drastic temperature drop.

One Niles grower and farm market owner, Larry Eckler, recalled the last time the Midwest faced dramatic cold. The year 1994 was one in which two cold snaps hit one after the other, which hurt stone fruits in particular, but also harmed some trees. The cold damages fruit buds, and Eckler expects the damage could be far and diverse when spring comes.

“This crop is going to be limited,” Eckler said. “We all got hit hard, with two bouts of cold weather.”

Greg Prillwitz, another local grower in Eau Claire who grows sweet cherries, sour cherries, blueberries, nectarines, peaches, plumbs and grapes, among other crops, is not optimistic about the legacy of consistent low temperatures.

“History tells me getting 15 below causes damage. We’re not sure yet, won’t know until spring months, and we can see how much damage we have now. We can only cut into buds right now,” Prillwitz said. “I’ve been doing this for 50 years, and my experience tells me we’ll have a short peach crop.”

Bill Shane, a tree fruit specialist at Michigan State University’s Southwest Michigan Research and Extension Center in Benton Harbor, said the outlook after the cold is grim, but the extent of the damage will not be known in-depth until samples have been taken.

“We’re at the early stage of assessing damage,” Shane said. “We know there’s damage to fruit crops, some more than others.”

Shane echoed the concern of growers that peaches and other stone fruits will likely be hit the hardest. Other delicate fruits like sweet cherries and vinifera grapes are also expected to have significant damage. According to Shane, last week’s temperatures were not as bad as those in ‘94, so trees may not be as susceptible, but the concern for trees remains for the growers like Eckler.

“If you lose portions of a tree, like peach trees, it can devastating. It can take five years for peach trees to get into full production,” Eckler said.

Any farmer knows the weather is often out of his or her control, but the winter months can be particularly unkind. Drought in the summer months can, in part, be remedied by watering crops. But for large scale farms, vineyards and orchards, hard cold is what it is with little room for preparation or prevention.

“With this, there’s not much you can do about it,” Eckler said.

Although the extent of the damage is still unknown and the economic impact of lost crops can only be estimated based on assessed damage, local growers are not optimistic.

“We’re not excited about what we endured,” Prillwitz said.