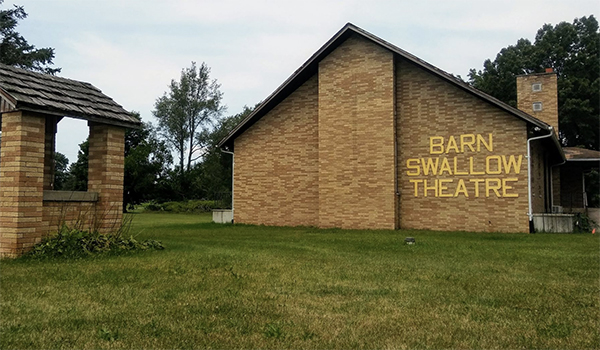 Edwardsburg — As the 2019 season gets underway at the Barn Swallow Theatre, the governor board for the theater is seeking to elect three new board members, and to appoint a president and vice president for the board.

At 2 p.m. on Saturday, Feb. 9, the governor board will be meeting at Pauly Mac’s at Four Lakes restaurant for further discussion and elections.

According to Melissa Freer-Smith, who handles public relations for Barn Swallow, finding volunteers for various tasks at the theater has been difficult.

“I’ve noticed for volunteer organizations it can be difficult to get people in that are committed to do work,” Smith said. “It’s hard to find people in general right now. It’s always been kind of a struggle.”

Although Smith does not see the ongoing struggle for volunteers as a severe impediment on the work of the Barn Swallow, she does hope to voice the theater’s need for more volunteers, including leadership positions.

The election and discussion on Saturday will not require registration, even for those putting names forward for the governing board. The positions on the board are open to interested community members of the greater Edwardsburg community with an interest in preserving and fostering the local arts.

“[Barn Swallow] was started by people with a committed love of the arts. They formed the theater, and it’s become a tradition — one that we as a group of volunteers want to keep thriving and expanding as much as we can,” Smith said.

The Barn Swallow Theatre averages about four to five shows a year, according to Smith, something the board is trying to build upon in coming years while sticking to a family-friendly direction. As unique as it is for a community of Edwardsburg’s size to have its own community theater, Smith sees Barn Swallow’s commitment to family-oriented material and participation as an added layer of specialty.

“We decided as a board to make it more family friendly all around, to make that a goal and set ourselves apart from local theaters,” she said.

As the theater encourages volunteers and new board members to step forward, the family-oriented direction is something she hopes potential volunteers will keep in mind, not only for uniformity but because the direction has not discouraged participation.

“I think we’re really flexible with whatever interests are,” she said. “Everyone who performs at the theater seems to have a great time. We get a lot of positive feedback.”

New board members will be tasked with determining shows and dates, making decisions on official theater business and influencing the overall direction of the community theater. Because Barn Swallow is such a community-based entity, Smith believes it’s a “gem of Edwardsburg” and a great asset for not only performers but for anyone interested in cultivating the arts and a thriving community.

“I think it’s a unique thing to have community theater,” Smith said. “It’s one of those little gems that Edwardsburg has and not many people know we have. It’s a real asset for the community to have its own theater.”

For more information about The Barn Swallow Theatre, readers can visit barnswallowtheater.com.