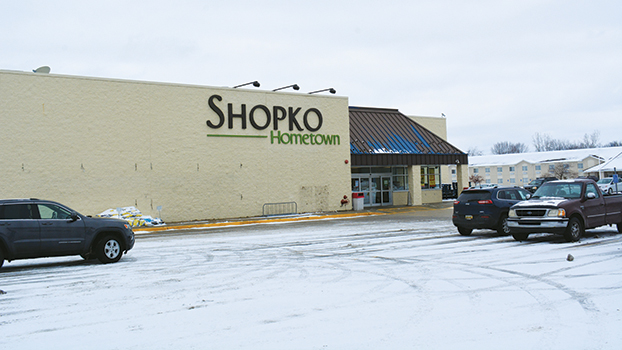 The Dowagiac Shopko location will be closing, following the company’s declaration of bankruptcy. (Leader photo/SARAH CULTON)

DOWAGIAC — The Dowagiac Shopko location will soon be closing, following a declaration of bankruptcy from Shopko Stores Operating Co. LLC.

Wednesday, Shopko, a $3 billion retailer that operates more than 360 stores in 26 states, filed for chapter 11 bankruptcy protection from creditors. As part of the bankruptcy filing, Shopko has announced that it will be closing an additional 38 stores, relocating more than 20 optical centers to freestanding locations and conducting an auction process for its pharmacy business, according to information released by Shopko CEO Russ Steinhorst.

Leadership with the city of Dowagiac said they were saddened to hear that the Dowagiac Shopko will be closing.

“That is very unfortunate, and I am very disappointed,” said Mayor Don Lyons upon hearing the news. “[Shopko has] been a good value to the community. We were happy to have them here, and we are going to miss them.”

City Manager Kevin Anderson said he learned of the store’s plans to close a few days ago. Though he said it was too soon to tell what will happen next, he is working with Shopko and other companies to see what can replace the store’s retail value in the community.

“Certainly, we don’t want to see a retailer like this leave the community,” he said. “We never like to see this happen, but we do understand that businesses come and go as the business environment changes. Our goal is to ensure that we can bring other retail into the community, as well. … We would sure like to replace a whole lot of what they do.”

Representatives from Shopko were unavailable to comment as of press time.