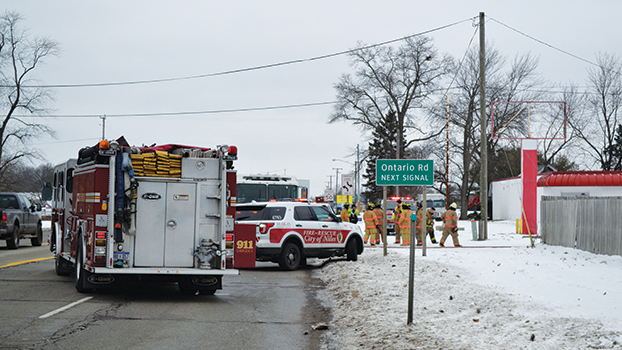 NILES — A woman was hospitalized for smoke inhalation Tuesday afternoon after a kitchen fire occurred at a home in Niles Township.

Authorities responded to the fire around 1:55 p.m. at 2919 S. 11th St. in Niles Township. Gary Brovold, the Niles Township fire chief, said the fire was limited to the stove and the area above it. There was some smoke damage to the first floor.

At the time of the fire, a woman was home with her three cats and a lizard. All pets were safely evacuated from the home, Brovold said.

Brovold said they are still investigating the cause of the fire.

The Michigan State Police helped to redirect traffic that afternoon. The northbound lanes on S. 11th Street were blocked off as authorities worked at the scene.