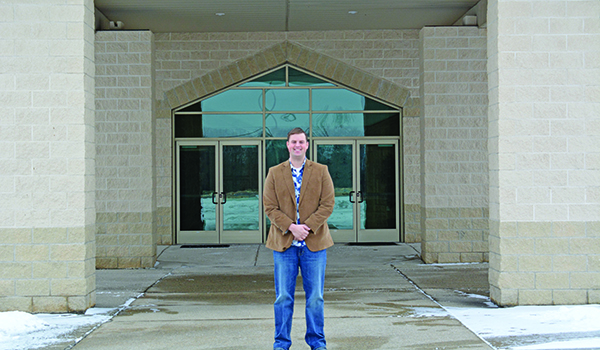 DOWAGIAC — Later this month, one local church will be offering a night of fun that was organized with local youth in mind.

A youth rally will be hosted at 6 p.m. Jan. 26 at Apostolic Lighthouse Church, 30402 M-62 W., Dowagiac. The event will feature a youth-led service, food, basketball, games and giveaways. It costs $5 to attend, though church leaders said they would work with children who could not afford the entrance fee. The event is being hosted for churches within section five of the Michigan district of United Pentecostal Church International, though all local youth are welcome, according to organizers. Each month, a youth rally is being hosted at a different church in section five, and a rally is hosted in Dowagiac around once a year.

“It will be youth-led from start to finish, from ushers to preaching,” said Youth Pastor Eric Charles. “It’s all youth-oriented to what they like.”

The evening will begin with a youth-led, casual church service led by a preacher in their 20s. Following the service, attending youth will be treated to pizza, games, sports, and T-shirt and gift card giveaways.

Each aspect of the evening was organized with the local youth in mind and is meant to engage the younger people of Dowagiac, Charles said.

“It’s a way for kids to socialize and have a good time,” he said. “Maybe [local youth] wouldn’t come to a normal service, but since this geared toward them, they can relate to it in a different way.”

When he was younger, Charles said he attended the youth rallies and much enjoyed them and learned from them. Now that he is older and a youth pastor, he said that organizing youth rallies for the next generation is his way of giving back.

“It’s a safe place for these young people to come and just experience what God has for them,” Charles said. “There were times when I got a lot of direction [from the youth rallies] that I don’t believe I would have gotten had I skipped out. I could have gone in a different direction. I could have done different things, but because I went to these youth rallies, it molded me in a way that let God use me in the way that he wanted to. It was such an awesome experience.”

Charles said he would encourage anyone to attend the youth rally, saying that the church will welcome them.

“There is no judgment, and no one has to be afraid to come,” he said. “It’s people who are going to love you and bring you into the church family. … It’s also just going to be a lot of fun.”