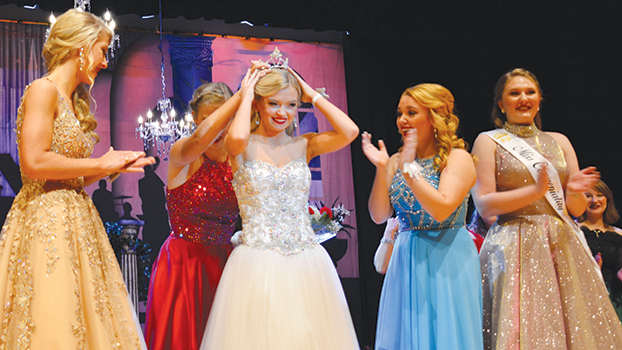 Hessen Ayers, 18, was selected as first runner up. She was crowned by 2018 first runner up Haley Soderbloom. Ayers is pictured with queen Juliana Stanger. (Leader photo/SARAH CULTON) 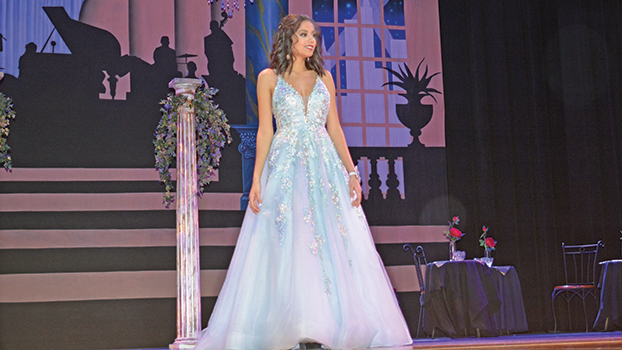 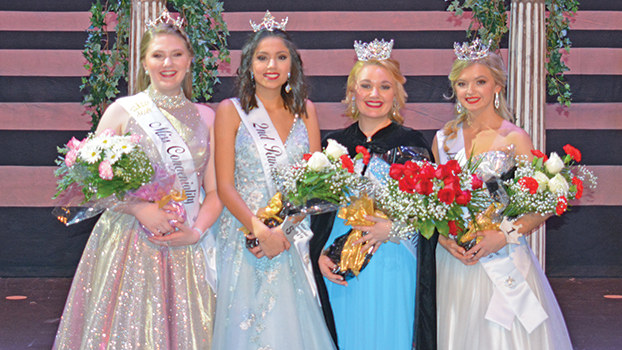 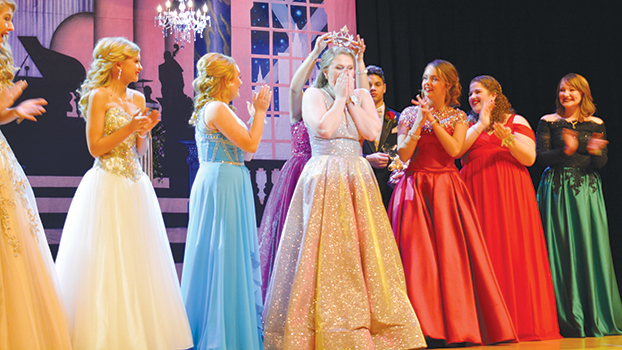 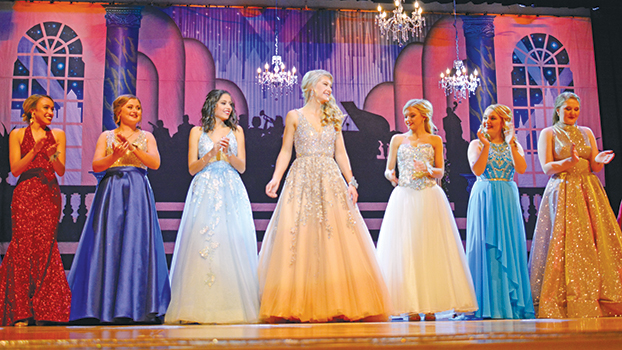 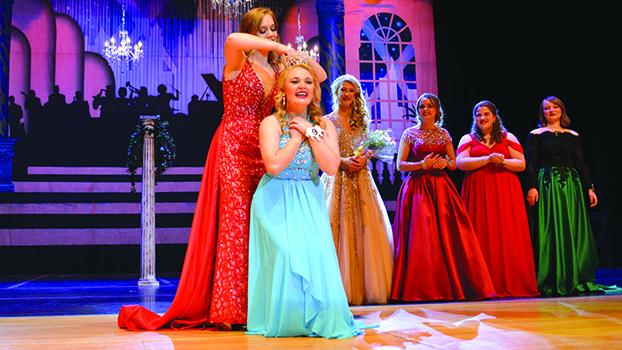 DOWAGIAC — Growing up, 17-year-old Dowagiac Union High School student Juliana Stanger would watch each year as girls in glittering gowns walked across a stage, each vying to make history as the winner of the annual Miss Dowagiac Scholarship Pageant. Each time she watched a new winner be selected, Stanger dreamed that one day that it would be her standing on the stage being named queen.

This Saturday, she was able to make her dreams a reality. Standing on the stage at the Dowagiac Middle School Performing Arts Center, Stanger held back tears as a shining crown was placed on her head, and she was named the 80th Miss Dowagiac.

“I’m feeling amazing. That’s the only way to put it,” Stanger said after her win. “I’m on cloud nine. This is a dream come true.”

Stanger was crowned Miss Dowagiac 2019 during Saturday’s Miss Dowagiac Scholarship Pageant, which was hosted at the Dowagiac Middle School Performing Arts Center. She was also named the recipient of the Judy Dodd Memorial Community Service Scholarship. During the pageant, 11 young women from the Dowagiac area competed for the title of Miss Dowagiac.

Outside of school, she is involved with the Miss Michele and Co. competitive dance team, where she has received the awards of senior dancer of the year and studio dancer of the year. She is also a team member of the New York Dance Connection competition team and the Extreme Poms dance team. She has been dancing for 15 years.

Stanger said that she believed her experience with dance helped her in the competition for the title of Miss Dowagiac.

“I’ve been on the stage since I was 3 years old, so this stage is very familiar to me,” she said. “I feel it really helped make me comfortable.”

The theme of Saturday’s pageant was “80 years of empowering women.” Stanger said that she believed the theme was fitting as the Miss Dowagiac Pageant has empowered her to be more confident and improve her public speaking skills.

“This has empowered me in so many countless ways,” she said. “As a dancer, a lot of what we do is speaking with our body and being a character. [Miss Dowagiac] really taught me to be confident in myself. It’s about not hiding behind body language or a character, but to be confident as Juliana.”

Going forward, Stanger said she is excited to begin her reign with her fellow court members. She said she plans to use her reign to continue to empower other young women in Dowagiac.