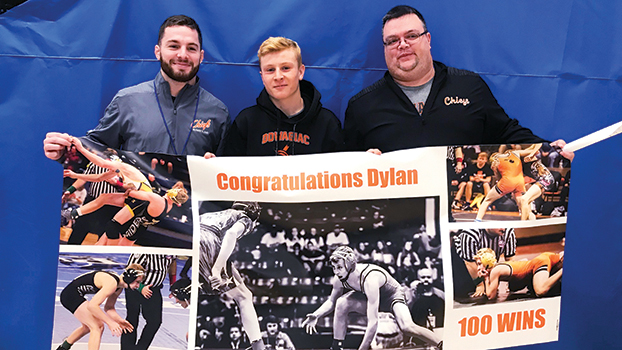 COLOMA — The Brandywine boys basketball team lost its first game of the season as Coloma defeated the visiting Bobcats 79-75 behind 44 points from the Comets’ Zach Goodline.

Brandywine (6-1) led 56-51 heading into the final quarter, but could not hold the lead.

The Brandywine girls basketball team improved to 6-1 with a 67-23 rout of Coloma.

The Bobcats led 20-5 after one quarter and never looked back.

The Bobcats are back in action Wednesday when they host Marcellus in a non-conference doubleheader beginning at 5:30 p.m.

The Cassopolis boys basketball team rebounded from its first loss of the season to defeat New Buffalo 58-38 Thursday night.

The Rangers were led by Brayden Saxton’s 20 points, while Tyrese Hunt-Thompson added 15 points.

Cassopolis is now 6-1 on the season.

The Ranger girls basketball team was defeated by the Bison 41-32.

Angel Gary scored 14 points to lead the Rangers, who drop to 2-4 on the year.