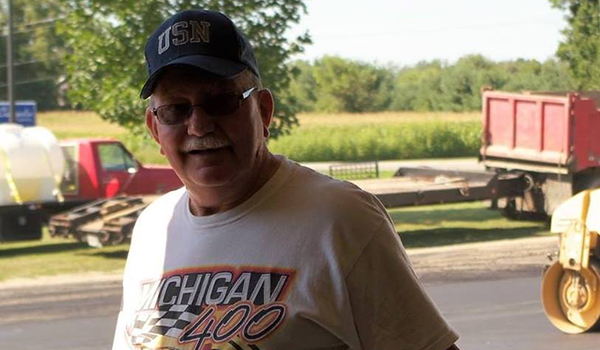 CASSOPOLIS — Some people just have a way about them — an extra dose of joy, a special ability to include people, or a particularly good memory for names and people they’ve met.

William (Sonny) Long was one of those people in Cassopolis and Edwardsburg. He was the familiar face with a kind word, the anything-anywhere kind of helper, the lighthearted mischief maker who always had a joke, and a family man, business owner and community organizer who brought people together. Sonny died Sunday, Dec. 2 at the age of 75, but he leaves behind a profound legacy in his community.

Many people knew Sonny Long as the owner and founder of Cass Outdoor Power Equipment. He started the business with his business partner, Art Helminger, in the late 1980s and retired in 2014, 10 years after Art. It didn’t take long for Cass Outdoor to earn a wide reputation of hard work and honesty, so customers came from all over Cass County and beyond for the good service and friendship of Sonny. But when Sonny passed the business down to his grandson, John Roy, he was never far away. He would come back every Friday to help with bills and to run errands, an end of the week treat that John still finds himself waiting for.

“If you take care of the customers they’ll take care of you,” John said about Sonny’s business philosophy. “Treat them like they want to be treated and they’ll come back.”

Sonny’s business was only one piece of his local recognition, however. He was an active member of the Edwardsburg American Legion, where he was commander of the post three times. Close friend Steve Gard attributed the survival of the Legion to Sonny, as well as the tight knit community that still participates in their events. Sonny was also an active member of the St. Peters Masonic Lodge in Edwardsburg and was elected to be Grand Master in 2019. Like any of the activities and organizations in which he participated, Sonny was an eager helper at the lodge, according to Gard.

“He loved the lodge, but he also loved helping (lodge members) to be successful through the lodge. He did the same through the legion. It was just the way he was,” Gard said.

Sonny also helped organize multiple class reunions, was an active helper with the local Boy Scouts for many years and was a charter member of Edwardsburg VFW Post 2284.

Sonny’s many activities and endeavors were always attached to his abundance of friendliness and desire to be an honest person of integrity. His community service was matched by an equal desire to spend time with the people he loved, according to those closest to him.

“The key was his friendship. If you met Sonny, you were his friend,” Jim Roberts said.

Roberts was one of Sonny’s oldest friends. The two met in second grade and grew up working on and racing cars, fishing and sharing beer. Roberts saw Sonny’s friendship not only between the two of them, but to everyone he encountered.

“Ask anyone in the county if Sonny was their friend, they’d say yes,” he said.

Carol, Sonny’s wife of more than 30 years, had her first experiences with Sonny because of his outgoing friendliness. Sonny and Carol were camping at Roberts Corey Lake Campground, he with his friends and her with her family. The two were introduced and it didn’t take long before Sonny was fixing her cars and she was helping him with projects at the American Legion. The couple was together for four years when they got married in their backyard. They had six children from previous marriages.

Those closest to Sonny remember his quirks, oddities and eccentric personality. For all his mechanical abilities and skills, Sonny would always say, “You can’t fix stupid.” But they also remember his presence, demeanor and ability to put people at ease. He could be a good moderator in conflict, was good to work with and for and he was one of those people who truly enjoyed helping others.

“He was about the nicest person you can imagine. He just took care of everybody,” Debi Hentz said.

Friends and family say the communities of Edwardsburg and Cassopolis will miss Sonny Long, and he won’t soon be forgotten.