Letter to the Editor: Misguided, dangerous direction of foreign policies

In Secretary of Defense James Mattis’ recent letter of resignation, he stated, “We must do everything possible to advance an international order that is most conducive to our security, prosperity and values, and we are strengthened in this effort by the solidarity of our alliances.”

Secretary Mattis was clearly communicating that he was resigning because he strongly disagreed and could not support Donald Trump’s misguided policies and his impulsive, destructive actions toward our allies.

Donald Trump has turned his back on those alliances. He has insulted and failed to coordinate with the leaders of our closest allies and he has threatened to withdraw from NATO.

Secretary Mattis also stated that. “I believe we must be resolute and unambiguous in our approach to those countries whose strategic interests are increasingly in tension with ours.”

Mattis specifically called out Russia and China as authoritarian regimes wishing to operate at “the expense of America and our allies.”

Donald Trump seems to be strangely enamored with and continually praises authoritarian rulers. Most recently Trump announced that he was pulling U.S. troops out of Syria, a move praised by Vladimir Putin.  This impulsive move indicates that Trump neither listens to his advisers nor has a working knowledge of forming policy in the Middle East.  Trump’s action also questions his real relationships to Russia and Putin.

In his recent farewell comments, Mattis encouraged Defense personnel to “remain “undistracted” from their mission to uphold the U.S. Constitution.”  I spent 20 years in the U.S. Army pledged to support and defend the Constitution. Our Senators should only confirm a new Defense Secretary with senior military experience and/or senior level government experience, an individual who will without question, support and defend the Constitution. 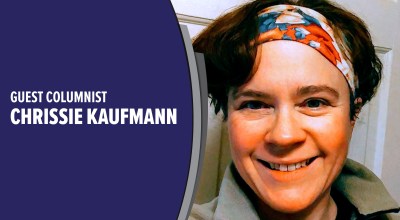 Letter to the Editor: Shop with a hero