City of Dowagiac looks forward to 2019 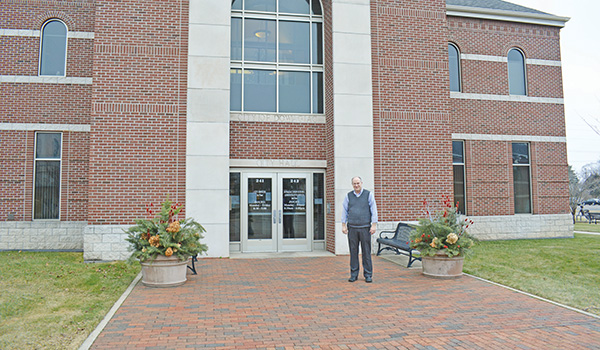 DOWAGIAC — Now that 2018 is just an image in the rearview mirror, Dowagiac city officials are looking forward to continuing the trends and projects of the past year to create a prosperous 2019.

According to city officials, 2018 was a successful year for Dowagiac. Now, the city has high hopes for the new year and is expecting to see an increase in business and community developments.

“If you look at a lot of things we need to do as a city, I think we did that in 2018,” said City Manager Kevin Anderson. “We have set the stage for the future and are ready for the coming year.”

The year 2018 was filled with studies and grants that will help make Dowagiac a better place to live in the future, Anderson said.

A few highlights from the year include:

• A study of the water and sewer systems was completed, which has allowed the city to identify where improvements and repairs need to be made.

• The city council approved a housing study that will help the city see where there is potential for housing within city limits.

• The city was also authorized for a grant to make improvements to Cass Avenue Park, which will be completed in 2019.

• Though not directly a city project, voters approved a millage for the Dowagiac District Library that will bring large-scale improvements to the library building.

“There was a lot of work that we did last year that will be carrying on into next year and the years after,” Anderson said. “We are proud of what the city has accomplished and are looking forward to getting a start on those projects.”

Outside of setting the stage for the future, 2018 was a year of development for Dowagiac. Many new businesses came to the area, including Wright Farms Market, Janel Industries, Culturfx Art Gallery, Smoke Signal BBQ and the Vape Saloon, to name a few. Anderson said the influx of new business has been a trend over the last several years and has been good for the city.

Going into 2019, Anderson said he is excited to see the result of some of the things that began in 2018, such as the results of the Cass Avenue Park project and the housing study.

Anderson also said that he hopes to continue to see a trend of economic development and business in the greater Dowagiac area.

“We have a pretty full plate,” Anderson said. “Is everything going to be able to be done? We hope so. I think we have proven ourselves to be pretty resourceful.”

No matter what the future holds, Anderson said that city leadership is prepared for the coming year.

“We really work hard to be ready to face what is always a changing path in front of us,” he said. “We have good quality people in leadership positions that are always looking toward the future. I think that makes a world of difference.”

While city leaders are working on making 2019 the best year the city has had yet, Anderson said residents have a role to play as well.

“The people of Dowagiac and greater Dowagiac should do what they have always done,” Anderson said. “They believe in the community and believe that it will be around for the long haul. They truly live out the notion that this is a great place to raise a family. As long as people can continue to be engaged in that way and hold fast to the idea that Dowagiac is a great place to live and work, we are going to be just fine.”