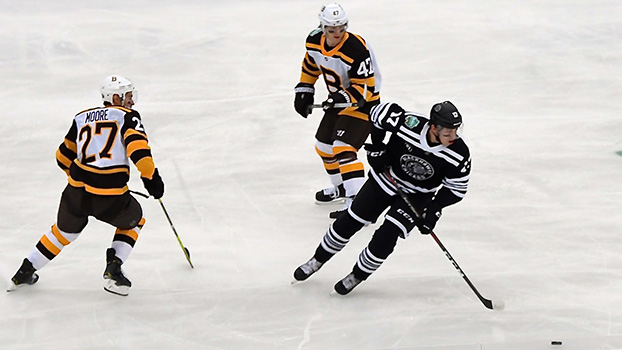 Bettman announced them during the second intermission of Tuesday’s Winter Classic at Notre Dame Stadium.

The 2019 Tim Hortons NHL Heritage Classic will feature the Calgary Flames and Winnipeg Jets at Mosaic Stadium in Regina, Sask., on Oct. 26. The NHL Heritage Classic returns to the NHL regular-season schedule after games in 2016 in Winnipeg, 2014 in Vancouver, 2011 in Calgary and 2003 in Edmonton. The game will be the second regular-season outdoor contest for both the Flames and Jets.

The 2020 NHL Stadium Series will visit the United States Air Force Academy’s Falcon Stadium in Colorado Springs, Colorado, where the Colorado Avalanche will play host on Feb. 15. It will be the second regular-season outdoor game for the Avalanche.

Additional details relating to the 2019 Tim Hortons NHL Heritage Classic, 2020 Bridgestone NHL Winter Classic, 2020 Honda NHL All-Star Weekend and 2020 NHL Stadium Series, including ticketing and broadcast information, will be released at a future date. Dates and locations for additional NHL events taking place during the 2019-20 season will be announced when available. Fans can sign up for news and information on all of the NHL’s events at www.NHL.com/events.

This season, the Sharks and the city of San Jose will host the 2019 Honda NHL All-Star Weekend, Jan. 25-26, which will include the SAP NHL All-Star Skills on Friday, Jan. 25 at 9 p.m. (NBCSN, SN, CBC, TVAS) and the Honda NHL All-Star Game on Saturday, Jan. 26 at 5 p.m. 8 p.m. (NBC, SN, CBC, TVAS). The 2019 Coors Light NHL Stadium Series will take place on Saturday, Feb. 23, when the Philadelphia Flyers face off against the Pittsburgh Penguins at Lincoln Financial Field in Philadelphia at 8 p.m. (NBC, TVAS2).