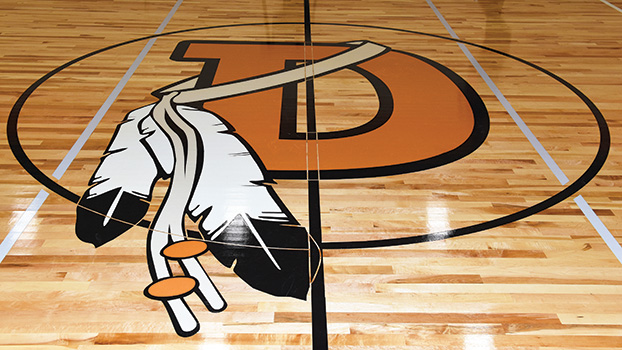 DOWAGIAC — In the last year, our newspapers have covered stories of heartbreak, warmth and triumph. As 2018 draws to a close, our newsroom will be taking a look back at some of those stories and the most memorable events of the last year in Dowagiac and Cass County as we count down the 10 stories of the year, as determined by our staff. We will recap several stories per day over the next several issues.

In 2018, construction saw a big push at Dowagiac Union High School as several projects were completed as part of a $37 million pair of bonds passed by district voters in 2015. The changes include new windows, new lockers, smart devices in most classrooms, adding teachers’ workspaces, an expanded parking area, and added learning labs. New security features were also added by making more secure entryways, adding buzzer systems and changing the front offices to make sure that visitors must go through the front office and sign in before having access to the rest of the building.

Perhaps the biggest piece of the new renovation completed this year was the high school’s new gym, which features four locker rooms — two each for boys and girls teams —  and is slightly larger than the old Union High gymnasium.

“The community is excited about it,” said Dowagiac Athletic Director Brent Nate in October. “It was much needed. The new floor is beautiful. The lighting is excellent. The entire area down there is beautiful.”

Southwestern Michigan College has had a dramatic year — one that was filled with controversy and community outrage.

The college’s year began with faculty voting to become members of the state educators’ union in January. Staff leading the unionization cited several reasons for the unionization, including: the at-will nature of their employment, the lack of a structured system for salary raises, the lack of input the faculty have when it comes to the administration’s decision making, a lack of transparency in how college leaders operate and the college’s 2017 decision to change the class schedule from 15 weeks per semester, with 60-minute classes and a dedicated week for final exams, to a 16-week semester with 50-minute classes, with final exams embedded in the regular calendar.

The decision marked the first time since the 1980s that SMC faculty members have been unionized. Before the vote, no member of the college’s faculty, staff or administration were part of a union.

The college made news again in early February as Scott Topping, longtime SMC dean of the college of arts and sciences, was fired. The termination came after a lengthy investigation of an anonymous conduct complaint lodged against Topping in January, according to SMC President David Mathews. As the matter was a personnel issue, Mathews and the college declined to provide details into the complaint that led to Topping’s departure.

The college’s troubles continued to spill into their rest of its year after the Office of the Auditor General accused the college of misconduct in the case of part-time student employment retirement payments. The audit alleged that from July 1, 2010, through April 28, 2017, SMC intentionally excluded approximately 500 part-time student employees from enrollment into MPSERS, a retirement fund for public school employees in the state of Michigan. The audit also alleged that the college could owe between $388,600 and $10.4 million in fees and interest for not including part-time student workers into MPSER. Though that number was eventually reduced to be estimated at $257,569 by the Office of Retirement Services — and it is still unclear if SMC will need to pay that amount — the release of the audit caused outrage among Cass County residents and supporters of the college, a student protest, a lawsuit against the Auditor General and the creation of Citizens Concerned about Southwestern Michigan, a Facebook-based group that has been critical of the college.

The case even affected legislation on the state level, as Governor Rick Snyder signed Senate Bill 888 in June, which clarifies the law that part-time workers whose predominant relationship is a “student” should not be included in the state teachers’ retirement system.

The controversy caused by the report and subsequent events is in part what inspired community members Elaine Foster and Thomas Buszek to run against incumbents Keith McKenzie and Todd Obren in a contentious race for SMC Board of Trustee seats in November. The election resulted with Foster and McKenzie earning seats on the board.