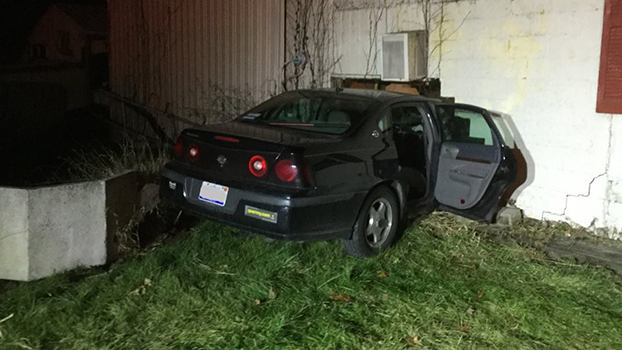 MILTON TOWNSHIP — A Niles man was injured Wednesday after crashing his vehicle into a Milton Township building.

Sheriff Richard J. Behnke reported that at 8:10 p.m. Wednesday, his office was called to investigate a personal injury crash that occurred on US-12 and Beebe Road in Milton Township.

Initial investigation shows that Jerry Gross, 37, of Niles, was westbound on US-12 when he lost control of his vehicle after having a medical problem. Gross’ vehicle ran off the road and hit a building.

At the scene, Gross complained of minor injuries and was transported to St. Joseph Hospital in Mishawaka. No alcohol or drugs were suspected to be contributing to this crash, according to deputies.