CASSOPOLIS — At their regular monthly meeting on Monday, December 10, the Cassopolis Village Council received some reassuring news from the state financial auditor after the village finished its regular, yearly financial audit. Derek Hall, from the community engagement finance division at The Michigan Department of Treasury, has worked with the Village of Cassopolis on audits for the last few years. He was pleased to share with the village council that Cassopolis’ finances are in all around healthy shape in regard to money saved, decreased expenditures and expenses, and financial planning.

“You have made a lot of right decisions,” Hall said.

Hall started his presentation by pointing the council toward the big numbers in a lengthy packet outlining the results of the audit: total revenue and total expenses. The audit showed that the total revenue far exceeded the total expenses. Hall also walked the council through items like the three major funds — the general fund, major street and local street funds — which he said are doing very well. According to Hall the two street funds are “in the best shape they’ve been in in years.” Hall also directed the council’s attention to smaller items like the DPW equipment fund, which was primary example of how little the village had to work with only a few years ago, compared to 2018 with a healthy and stable equipment fund.

“Financially, you did wonderful this past year. You have increased all of your bottom lines, and it has been a trend,” Hall said.

The Cassopolis village manager, Emilie Sarratore, attributed the state of Cassopolis’ finances to a few years of careful analyzing, planning, and cutting spending. Taking the time to go through every contract, looking at exactly how money was spent in various departments and non-village government entities, and creating high accountability was an arduous process, but well worth the time and effort, in Sarratore’s view.

“Anytime you are conscientious and held accountable, there’s more work involved. Every you time scrutinize purchases, or any time you are being fiscally responsible… there’s work involved in that, but the payoff is there,” Sarratore said.

Looking back at the shape Cassopolis was in when she first started working for the village, Sarratore remembered that things had to change to move Cassopolis out of troubled financial waters.

“There were a lot of things that weren’t as good as they could be,” Sarratore said. “There wasn’t a lot of accountability before.”

Since the village has become more detail oriented, cut back spending and bolstered its funds, Sarratore believes the time is right for developmental projects in the village, and Hall agreed.

“You’ve done your master plan this last year, you’ve done everything to get your ducks in a row and you’ve still built the bottom lines. Now, I can’t tell you what to do with your money,” Hall said. “But you have come a long way in a short amount of time.”

With help from Wightman and Associates, plans have been drawn up for a number of potential development projects in the village, including a pier and dock off Disbrow Street, a boardwalk from the lakeshore to downtown, narrowing the downtown street corridor for healthier traffic flow and walkability, new municipal buildings, and more. Thursday, December 27, the village council will take time to view several project plans, and vote whether to adopt the plans as written. Sarratore believes “now is the time to execute.”

“This is economic development in its core. You have to invest in yourself to get other people to want to invest in you,” Sarratore said. “This is a great way for us to show everyone, our residents and others we haven’t met yet, that we’re ready to move forward and ready to invest in ourselves.” 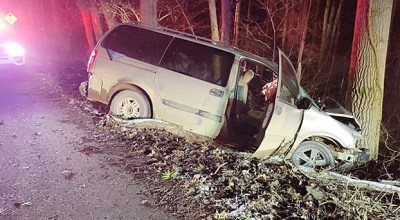