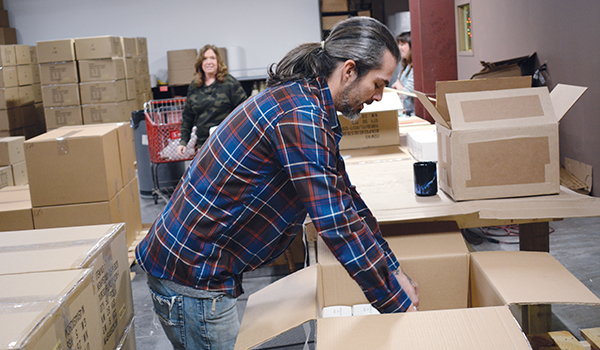 DOWAGIAC — With the new year little more than a week away, many are taking time to set their resolutions for 2019. For one local company, those resolutions involve solidifying their roots in Dowagiac.

Janel Industries, a defense contractor that specializes in packaging, earlier this year made the move to Dowagiac from Cassopolis, where it had previously been located. With 2019 now on its way, the company is looking forward to growth and community involvement in the coming year.

“We have a lot that we are excited about,” said Vice President of Operations Chad Perrin. “We are happy to be here.”

This both saves manufacturers money, and saves them the headache of dealing with the government, Perrin said.

Since opening, the company has experienced roughly 25-percent growth in contract volume per year. That growth, in part, led to the company moving to its new location in Dowagiac’s industrial park, 56902 Woodhouse Dr., in late August. The new facility has a loading dock and can comfortably fit more than triple the volume of skids that its Cassopolis location could.

“We had outgrown our old facility,” Perrin said. “Things are going great here [in Dowagiac] so far.”

Saying that he is looking forward to Janel Industries spending its first full year in Dowagiac, Perrin said he has several goals for 2019, the first of which is to continue to grow the company at a manageable rate and employ locally.

“You’ll find that 99-percent of our employees are from Dowagiac or live in Dowagiac currently,” he said. “We want to keep that growth that we have been having.”

Already Janel Industries supports several efforts in Cass County including the Cassopolis Rangers, the annual Chieftain Golf Outing and the Dowagiac cheerleaders, among others. However, Perrin said he wants to take the support even further in the Dowagiac community.

“I want to be more involved with the local community,” Perrin said. “Not only through a philanthropic or donation aspect, but also working with more businesses around the local area to do things that maybe we could get here than somewhere else.”

Though the company is still working through its end-of-the-year rush, Perrin said he is excited for Janel Industries is now in Dowagiac, and is happy to get a start of his goals in the new year — especially getting more involved in the community.

“That’s probably the biggest thing for me,” he said.