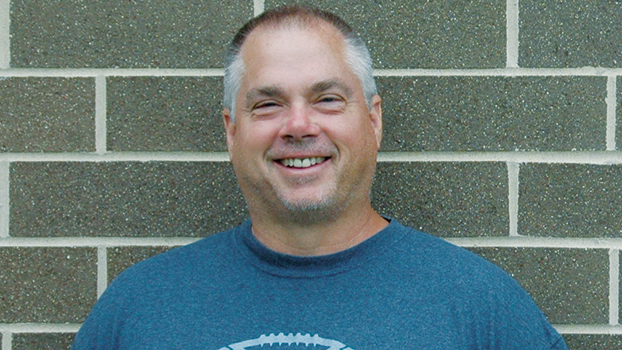 DOWAGIAC — For only the third time in the past 29 years, Dowagiac has a new football coach.

Former Chieftain assistant Randy Brooks was picked to replace Mike Stanger, who resigned after 16 years at the helm of the Dowagiac football program.

Brooks has some big shoes to fill as Stanger led the Chieftains into the postseason in 11 of his 16 years at Dowagiac, including six of the last eight.

Brooks is no stranger to the Chieftain football program, although he has spent the past 10 seasons at Edwardsburg, including eight as the team’s defensive coordinator.

The Eddies made five state semifinals and back-to-back state championship game appearances, including this year’s 28-7 win over Chelsea in the Division 4 title game.

Brooks began his football career at Dowagiac as the freshman coach in 1988 under then head coach Bernard Thomas.

He joined the varsity staff the following year as an assistant and would remain a varsity assistant coach until Thomas stepped down in 2002 as Dowagiac’s all-time winningest coach with 113 victories and the 1990 Class BB state championship.

“It is something that I always wanted to do,” Brooks said. “It has been hard teaching at one school and coaching at another school, especially when they are rivals. To get everything under one roof and to coach where I am mentoring I really look forward to it.”

Brooks, who also was a highly successful softball coach at Dowagiac, retired from teaching a year ago, but still works at the high school as part of the district’s mentoring program that targets at-risk students.

He feels that it is important for the coach to be in the same building to develop relationships with the players.

“Some of the relationships have already begun,” he said. “I have a feel for skill sets for what people are capable of doing. I think it gives me a head start. I think a huge advantage is I know all of the opponents. Having coached in the same conference 10 years in a row I have a pretty good idea of what the other teams do.”

Brooks said there will still be challenges.

“Running a new system on both sides of the ball, getting the assistant coaches here will be the first challenges,” he said.

Brooks comes into the job with his eyes wide open.

“Dowagiac has always been a football town,” he said. “The expectations are always high. I understand that. Hopefully, we will use that to our advantage. The kids know where they stand.”

Stanger and his staff faced some unusually challenges his last season that Brooks hope will be addressed by the time students return to the high school after Christmas break.

“Hopefully the weight room will be moved over by the time we get back,” Brooks said. “I told them I would meet with each kid individually and go over what I see what their roles are on the team as of right now and the expectations of being in the program.”

The offensive and defensive philosophies have not yet been fully defined, but Brooks knows what he wants to run on both sides of the football.

“We have most of it figured out, but I want the assistant coaches input too,” Brooks said. “If you give someone responsibility and then you can hold them accountable for what they do.”

Brooks and the Chieftains will open the 2019 season in August against the Division 4 state champions as the Wolverine Conference has rotated its schedule.

Dowagiac and Edwardsburg will kick off the season at 7 p.m. Aug. 22.