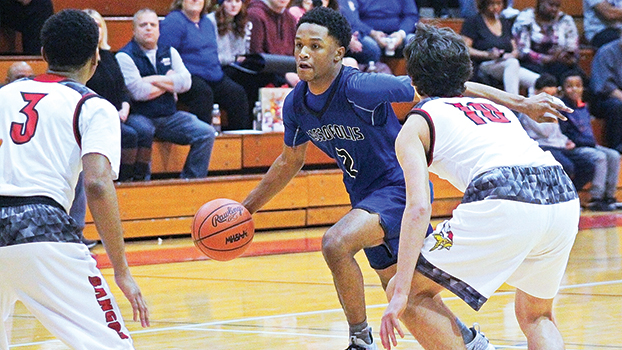 Cassopolis’ Tyrese Hunt-Thompson scored 36 points to lead the Rangers to a 78-66 win over Bangor in the season opener Tuesday night. (Leader photo/CAITLON PAULEY)

The Rangers led just 19-16 after one quarter, but opened up a 43-31 halftime advantage and a 61-49 lead heading into the final eight minutes of play.

“A very sloppy game on our part, but for the first game we did some good things,” said Cassopolis coach Ricky Evans. “We haven’t had much time to prepare for this game. It’s going to take some time for get where we wanna be.”

Besides Hunt-Thompson, Cassopolis also got 17 points from Brayden Saxton and nine points from Darrion Gatson.

Cassopolis is back in action Friday night as it hosts Decatur in another Southwest 10 Conference contest.