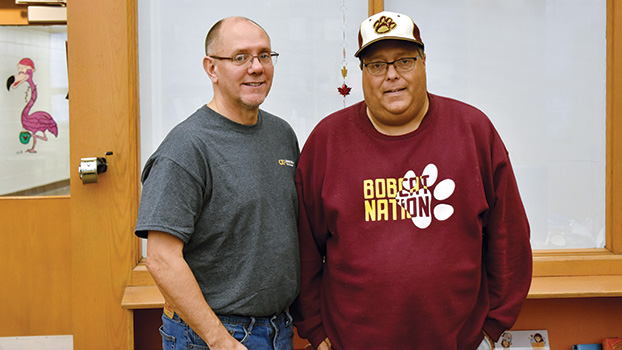 NILES — For three years, Brandywine High School teacher Dave Roeder relied on dialysis to do the work his failing kidneys could not.

Every Sunday, Tuesday and Thursday night, Roeder sat in a South Bend facility with two needles sticking from his arm while his blood was cleaned and put back in his body. He would return home at 4:30 a.m. to sleep for an hour before getting up to teach social studies at Brandywine High School, a job he has had for the past 25 years and refused to give up, despite the toll of the dialysis.

“I would have no energy at school. I would be very sleepy, exhausted. But I was not not going to work. I like teaching,” Roeder said.

The dialysis followed immediately after Roeder’s diabetes caused the kidney failure in 2015. He chose to have the process done at night so that he could have more time to see his two children during the day.

Roeder said he immediately put himself on three waiting lists to receive a kidney. This began the agonizing wait for the right person and right donor match to come along.

Known throughout the Brandywine community for his creative teaching methods, dedication to advising extra-curricular activities like history club and student council, and for his unique sense of humor, Roeder is beloved by many students, often being voted Best Teacher by the senior class. This is why it came as little surprise to the Brandywine community that many alumni volunteered to donate their organ to the popular teacher.

“I had many people from Brandywine get tested, [including] former students,” Roeder said. “There were a couple that came close [to donating] but it’s pretty stringent criteria.”

Many vouched to get tested to see if they were a match for Roeder, but then he would never hear from them again. This not knowing, he said, was one of the toughest parts of the wait.

Twice, Roeder came very close to getting the kidney he needed, but both times the situation did not pan out. This started the cycle all over again and meanwhile Roeder faced a life of continual dialysis and exhaustion. Last year, Roeder put out a calling on Facebook that he was seeking a donor. The call was answered by Bruce Ulrickson, of Mishawaka.

Ulrickson’s son Alex had been a student of Roeder’s about eight years ago. Through several friends, Ulrickson ended up seeing Roeder’s post on his Facebook feed.

Ulrickson works in sales at Shelton’s Farm Market and has always been apt to give back, but never anything to this scale.

“I had been a regular blood donor, but I always felt like there was something more I could do,” he said.  “If you look outside of yourself, you will see people in need. I thought this is a pretty simple way to do somebody right.”

Despite his interest and being a match for Roeder, it seemed like Ulrickson would not be able to donate the kidney after all. Because the procedure puts so much strain on the body, doctors have to assure that the donor is healthy. Ulrickson endured a battery of physical and psychological tests, one of which revealed that part of his heart was enlarged, meaning it might not be able to withstand surgery.

Roeder was waiting in a car pool line to pick up his daughter from school when Ulrickson called to say he could not be a donor. It looked as if the wait for Roeder was about to begin again.

However, Ulrickson took a follow-up trip to the cardiologist. Further testing revealed that the initial test on his heart had been inaccurate. After an MRI to confirm his heart’s health, Ulrickson was given the go ahead to donate his kidney.

Roeder is particularly touched by Ulrickson’s persistence in wanting to be a donor.

“Most people would not have proceeded,” he said. “They would have maybe gone and checked [health issues] for themselves, but not re-submitted [as a donor].”

Wanting to surprise Roeder, Ulrickson called Brandywine High School in October and asked to meet with him during his lunch. Roeder remembers being particularly tired that day and when Ulrickson broke the news to him, he remained a little skeptical.

“It was like ‘OK, I will believe it when they are putting me under,’” Roeder said.

A new lease on life

On Nov. 14, the surgery to transfer Ulrickson’s kidney to Roeder was completed at the University of Michigan. Both are in the recovery phase now. Ulrickson expects to return to Shelton’s Dec. 11 and Roeder plans on returning to his classroom on Jan. 4.

Wednesday, Roeder and Ulrickson met in Brandywine High School’s media center. They commiserated over the recovery process and a few aches and pains. When asked how this will change his life, Roeder teared up.

“It obviously extends my life,” he said. “Once I’m recovered, I should have a lot more energy to be with my kids and here at school. The biggest thing is I don’t have to be on dialysis.”

Roeder bears two deep scars on his arm where the needles were inserted three times a week for three years. He no longer has to worry about re-opening those scars. This spring break, when Roeder takes the high school’s history club on a cruise to see historic landmarks off of the east coast, he will not have to worry about cutting his trip short to be back in time for dialysis. He said he looks forward to watching his daughter’s basketball games and tackling life with newfound energy.

“I’m glad I could do it for you,” Ulrickson said. 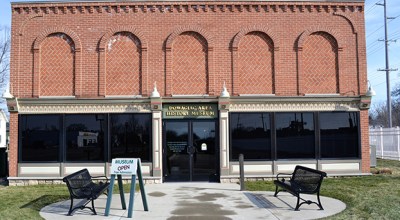 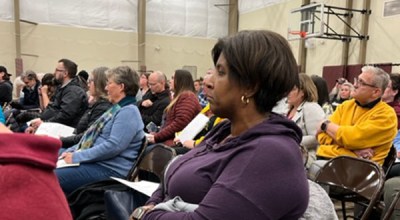 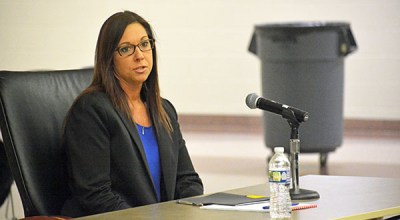