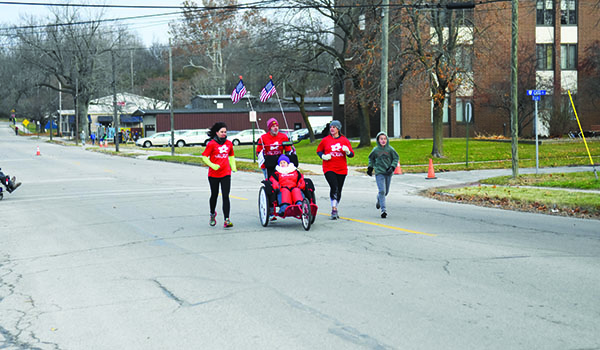 Members of My Team Triumph head away from the starting line Thursday. (Leader photos/SCOTT NOVAK) 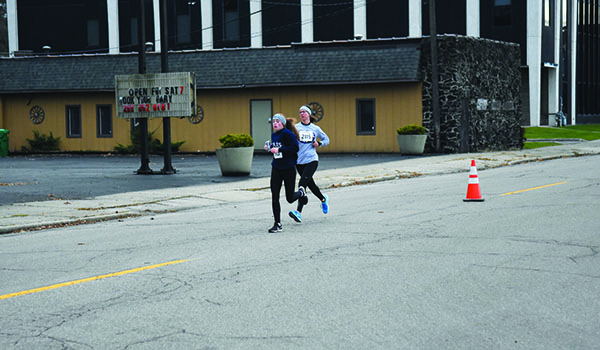 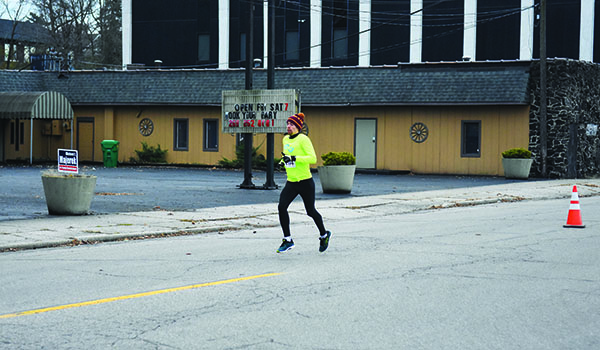 Ben Jacobs of Hopkins, Minnesota, returned to the winner’s circle as he posted a time of 35:09.23 on a cold and breezy morning.

Colleen Dabler of Osceola, Indiana, finished third with a time of 42:44.40.

In the 5K division, Chris White of Granger, Indiana, was the overall winner with a time of 17:06.68.

Age division winners, along with the top 10 finishers in both the 5K and 10K races will appear in Tuesday’s paper. 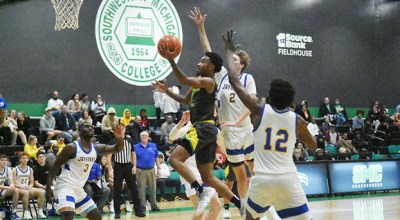