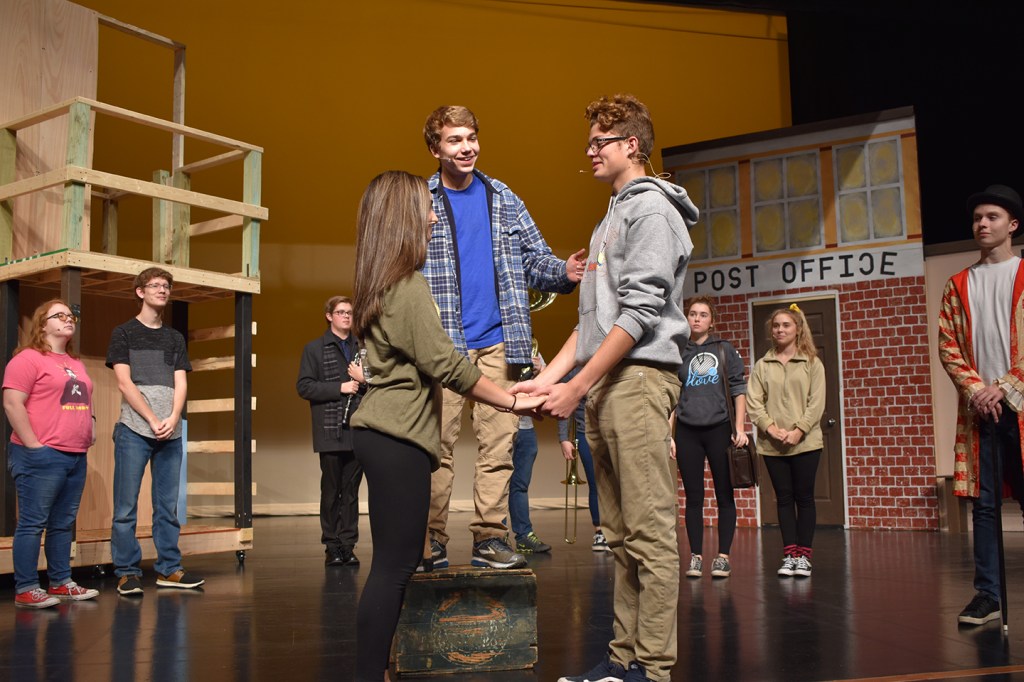 EDWARDSBURG — Friday, Nov. 16 and Saturday, Nov. 17, Edwardsburg High School students will present their best rendition of “Fools,” a play by Neil Simon set in the late 19th Century in the village of Kulyenchikov, Ukraine. The lead roles of Leon and Sophia are played by Cody Adkins and Delanie Baker.

The comic fable is a story that follows the character of Leon as he moves to the village of Kulyenchikov to tutor the daughter, Sophia, of Dr. Zubritsky. Soon after his arrival, he discovers the town is full unintelligent people. When the reason for the village’s severe lack of intelligence is revealed to him — a curse set 200 years prior — he sets out to break the curse. On his journey to free the village people of their stupidity, Leon experiences further stupidity, comical challenges, love and simple realizations.

Play director Catherine Wood chose “Fools” because its humor can appeal to a diverse audience. Adults and youth alike will find stuff to laugh about throughout the show. But more importantly, the cast found the play funny and enjoyable, according to Wood.

“They just thought it was really funny,” Wood said. “We’re still struggling to get through scenes where the kids can’t get through the scenes without laughing.”

Rest assured, while the students may have struggled to hold in the occasional chortle, the show will be ready by Friday, and they hope it will be the audience busting at the sides, not the actors. Even if their onstage demeanor is calm and collected, for the student actors it’s often the offstage moments that are the funniest.

“It’s not so much the lights and the applause, but the backstage stuff — bonding with the cast mates and having those fun moments in the dressing room,” Cody Adkins said.

While he plays the more serious role in the show, Adkins noted that he is the opposite in real life with his cast and friends. It’s refreshing to him to play a different kind of role for the play. Adkins is a senior who hass acted in seven other shows in Edwardsburg.

Junior Delanie Baker, however, is only in her second show at Edwardsburg, but has loved every minute.

“The backstage stuff is really fun. Getting to be in the dressing room with everyone,” Baker said.

Baker has enjoyed the cast traditions and rituals during the making of the show, and she appreciates the character development of Sophia.

“Participation in live performances allows you to be in front of audiences. You can go anywhere and speak publically, it helps with fluency in reading, it helps you build all those skills,” Wood said. “It helps them to be more well-rounded people and widen their perspective.”

“Fools” will show at the Edwardsburg Performing Arts Center Nov. 16 and 17 at 7 p.m., with doors opening at 6:30 p.m. Tickets can be ordered online edwardsburg.ticketleap.com/fools, and are $9 for adults, and $7 for students and seniors. Tickets can also be bought at the door, but only with cash or check. Credit and debit cards are not accepted for door purchases.