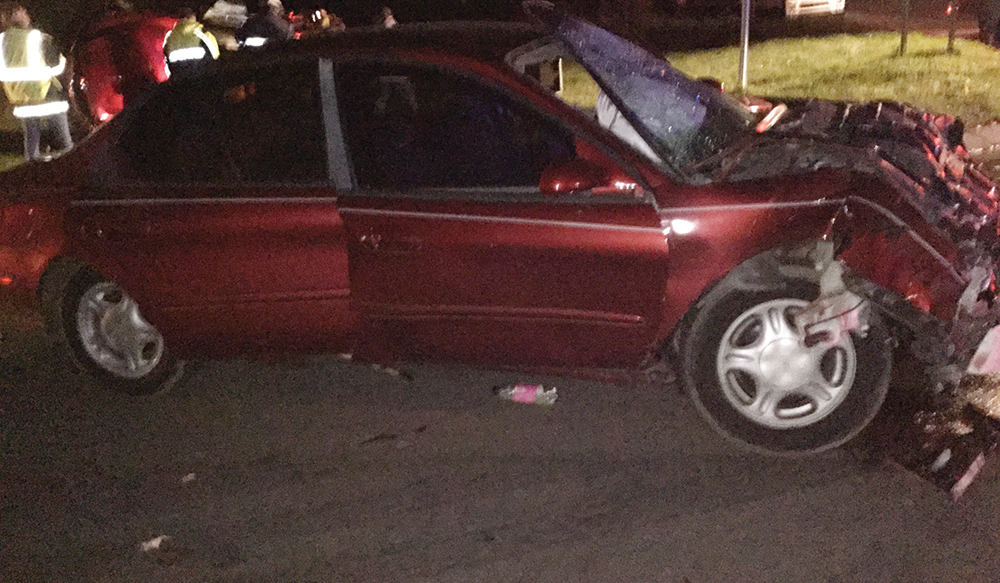 JEFFERSON TOWNSHIP — Two teenagers were involved in a two-vehicle rollover crash in Jefferson Township Tuesday night, according to the County Sheriff’s Department.

Police were called to the intersection of M-62 and Hospital Street in Jefferson Township at 9:46 p.m. Tuesday, after a 16-year-old Cassopolis resident failed to yield the right of way when turning west onto Hospital Street from M-62. This maneuver caused the Cassopolis driver to collide with a southbound vehicle driven by a 16-year-old Edwardsburg resident.

The Edwardsburg driver and her passenger, another Edwardsburg resident, were transported by LifeCare Ambulance to Lee Memorial Hospital in Dowagiac for treatment.

Alcohol and drugs do not appear to be factors and it is believed that seatbelts were worn by drivers, but not the passenger.