Robert Lee Williams, of Niles, passed away in the early hours on Saturday, Nov. 3, after a lengthy illness with his wife Barbara at his side. He was 89 years old.

Bob was born on Wednesday, June 26, 1929, the oldest son of Mona (Stoesser) and Paul Williams in Ardmore, South Bend. He and his brothers, Dick, Gary, and Don Grew up in a close-knit family surrounded by grandparents, aunts, uncles, and cousins.

Bob joined the U.S. Army during the Korean Conflict and was stationed in Korea as Military Police. He once said he was amazed he survived to come home. Bob had a love of motorcycles and was a bit of a daredevil. He had a knack for mechanical work and kept his bikes and cars running smoothly.

In 1953, he met Barbara Reichanadter. After a two-year courtship he married Barbara, the love of his life, on July 17, 1955. Bob and Barb moved to Marathon Key in Florida where he worked as a mechanic. They eventually settled in Michigan where he began working at Tyler Refrigeration in Niles. He retired from Tyler’s in 1989 after 30 years’ service.

Throughout his life Bob always had a love of camping and travel. After his retirement he and his “Barbie” were free to travel the country in their motor home. He especially liked northern Michigan, Laughlin, Arizona and Bradenton, Florida.

Bob’s younger brother married Barbara’s younger sister, Kathy, and they were a fearsome foursome, spending many vacations and holidays together. The four of them were extremely close and Gary and Kathy’s kids were like his own.

Bob enjoyed tinkering in his garage, tending to his lawn, fishing with his brother, riding motorcycles and scooters, and working in his work shop where he crafted many beautiful pieces of furniture for their home.

Bob is survived by his wife of 63 years, Barbara Williams. Also surviving Bob are his brothers, Richard (Ann) Williams, of South Bend, Don Williams of Rolling Prairie, Indiana, and his sister-in-law, Kathy William, of Niles.

Bob is also survived by a host of nieces, nephews, and great nieces and nephews, but was especially close to Gary and Kathy’s children and grandchildren, Le Ett Frantz (Danny) and Gary Wayne Williams (Jane) both of Dowagiac, Mona Noel of Niles, Amber Dobberstein (K.C.), of Osceola, Cody Williams, of Dowagiac, Chance Ferrel, of Niles, and Dannel Frantz, of Dowagiac. He was also very close to his nephew, Larry Reichandter Jr. (Lydia), who was known to slip him a beer every now and then.

Bob had a great sense of humor. He loved to play pranks and pick on his nieces and nephews. He liked to wander flea markets and he loved eating a good meal. He was a loving brother, and an outstanding uncle and he devoted his entire life to his Barbie. She will be lost without him. He will be greatly missed by all but the family is comforted by the fact that he is not suffering any longer and he is at peace at last.

Funeral services will be at 1 p.m. Friday, Nov. 9, in the Welsheimer Family Funeral Home North, 17033 Cleveland Road, South Bend. Private graveside services and burial will take place in Mission Hills Memorial Gardens, Niles. The family will receive friends in the funeral home on Friday from 11 a.m. until the time of the service. 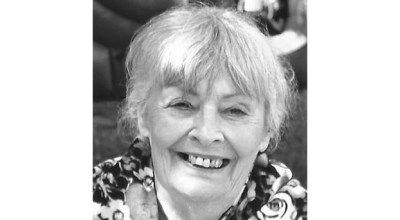