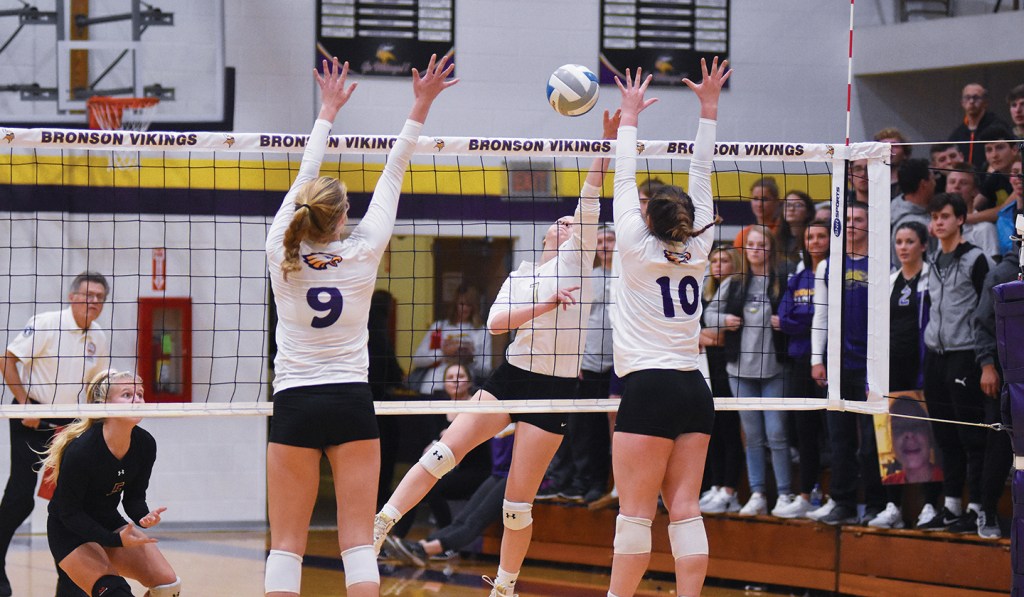 Schoolcraft advances to the regional championship to face host and defending state champion Bronson, which defeated Centreville 3-0 in the first semifinal of the night.

The championship match is set for 6 p.m.

After being overwhelmed by the Eagles in the opening set, Brandywine (45-6) settled down and matched Schoolcraft point-for-point over the next three sets.

“These girls have worked so hard,” said interim coach Sarah Dye. “I cannot even put into words how proud I am of them. They put together a heckuva season when dealt so much adversity. I kind of feel like we were overlooked coming into this. Everyone was ranked. We just wanted to come in and play some volleyball.”

After dropping the first set, senior setter Audrey Longley gave the Bobcats their first lead of the match when she dumped the ball over the net for a kill and a 4-3 Brandywine advantage.

The second set remained close, but the Bobcats were able to pull away at the end and deadlock the match at 1-1.

Schoolcraft would take the third set and lead 15-13 before Brandywine rallied behind the play of its back row.

The Bobcats caught the Eagles at 17-17 and then scored the next three points on serves by Kristen Alvord to open up a 20-17 advantage.

Schoolcraft wasted no time taking control of the fifth and final set as it jumped out to  4-1, forcing Dye to call a time out.

The Eagles led 11-6 when Dye called her second and final time out, hoping to stop the Schoolcraft momentum.

It worked briefly as Brandywine cut the lead to 12-10, but could not catch the Eagles.

“I think for the first time, they lost that fight for a second,” Dye said. “I think that was the difference.”

Dye said that the game plan was to be aggressive, smart and to play the way the team has all season.

“We just wanted to play our game,” she said. “Once we realized it was not the hype that it was built up to be, that we could play with them, we relaxed and got into the match.”

Senior Nicole Sachman had a big night for the Bobcats with 15 kills, 11 digs and two blocks, while junior Bethany Duval finished with 14 kills11 digs and a block.

Longley capped her career with 36 assists, 15 digs and four kills.