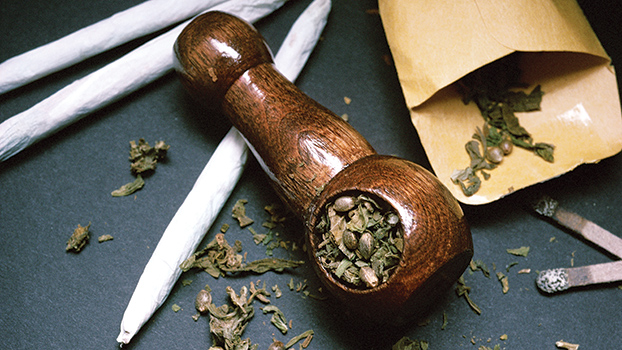 MICHIGAN — With Nov. 6 elections just around the corner, local officials and residents are speaking out to provide advice on how to vote on one of the ballot’s most controversial proposals: proposal 1.

Proposal 1 aims to initiate a law to authorize and legalize possession, use and cultivation of marijuana products by individuals who are at least 21 years of age and older, and commercial sales of marijuana through state-licensed retailers, according to the official ballot language.

• Allow individuals 21 and older to purchase, possess and use marijuana and marijuana-infused

edibles, and grow up to 12 marijuana plants for personal consumption.

• Impose a 10-ounce limit for marijuana kept at residences and require amounts over 2.5 ounces be secured in locked containers.

• Create a state licensing system for marijuana businesses and allow municipalities to ban or restrict them.

In Cass and Berrien counties, people are split about the ballot proposal. Local sheriffs and prosecutors have advocated against the proposal, and some local governments have considered or passed resolutions stating that they do not support the legalization of marijuana. At the same time, citizens and advocacy groups have been saying that local leaders’ concerns about legalization do not hold water and have said that marijuana legalization could benefit the state.

Cass County Prosecutor Victor Fitz has been a vocal opponent to legalizing recreational marijuana. He has presented against the ballot proposal at county government, local club and regional meetings, saying that legalization is “no good” for the state.

As a member of law enforcement, Fitz said he and other prosecutors and law enforcement officials in the state fear a spike in violent crime, supported by statistics from Colorado, one of nine other states where recreational marijuana is legalized.

According to the Denver Police Department, drug and narcotics crime has increased 11 percent per year since legalization, though that increase cannot be definitely linked to the legalization of recreational marijuana.

“Marijuana can open the door to more drugs and violent behavior,” he said. “We don’t want to have more of that in our county. We want to have less.”

One of the most troubling aspects of the proposed initiative to Fitz is that it allows for a 10-ounce limit for personal possession — 10 times the amount allowed in Colorado.

“An ounce is 30 to 60 joints of marijuana, which is far more than one individual needs per day. Even a heavy marijuana user may only use around five to seven joints per day,” Fitz said to illustrate a practical use of the limit. “For 10 ounces, the simple math says that is 300 to 600 joints per day. That provides a real temptation [for marijuana users] to sell that stuff, sell it on the black market or sell it to kids.”

Fitz is not alone in his opposition of legalization. A committee of Michigan individuals against marijuana, Healthy and Productive Michigan, has been campaigning against the ballot proposal. On its website, the group makes many arguments against legalization, including the health risks for minors who may use marijuana and potential insurance spikes should marijuana be legalized.

Fitz said that voters should research these arguments themselves, and said he believes anyone who is willing to look at the information available will vote against marijuana.

“The strategy of the proponents [of legalization] is to say that this is inevitable,” he said. “This does not have to pass.”

Josh Hovey, a representative with the Coalition to Regulate Marijuana Like Alcohol, said his group is hoping to do exactly what the name suggests. Should the ballot proposal pass, Hovey said he believes marijuana should be regulated and taxed in many of the same ways that alcohol is.

“We believe that legalization and regulation is a far better system than the state’s current system of prohibition,” he said. “From our perspective, the prohibition of marijuana is a complete failure. It has failed to stop marijuana from being in Michigan. It has failed to stop people from consuming. It’s led to unsafe and unregulated products on the market, and it has enriched criminal organizations.”

One of the main arguments of the group is that state money and law enforcement resources have been wasted prosecuting marijuana offenses.

“We think that is a total waste of resources when law enforcement could be using that to go after the opioid epidemic, violent crime and other issues that really impact the quality of life in Michigan cities,” Hovey said.

There are many upsides to legalization, including an economic stimulus due to tax revenues and a new industry, Hovey said.

“Legalization is expected to bring a billion-dollar industry to this state,” he said. “We aren’t trying to say that those tax revenues will fix all of our problems, but it will be better than the zero dollars we are getting today.”

At least one local business, Niles’ Lush Lighting, is in favor of legalization. Owners of the store, Matt and Renae Johnson, have hosted parties in their store before to help collect signatures to get recreational marijuana on the ballot, and now with the election looming, the couple said they believe, should the proposal pass, it would be good for local business owners like themselves.

Preparing for the election

Both Fitz and Hovey said they will continue to work to educate voters about Proposal 1 until Tuesday’s election — and both said they are confident the vote will go in the direction they want it to.

Hovey looked at current polls to support his belief that the proposal will pass. A recent poll by the Detroit Free Press showed that out of 600 Michigan residents, 57 percent were in favor of legalization, compared to 40 percent who said they were opposed.

“I think those polls show that Michigan voters see that prohibition has been a failure and that they agree regulation and ending unnecessary arrest is a better solution than prohibition,” Hovey said. “Just like the prohibition of alcohol, prohibition of marijuana has caused more problems than it has solved.”

Fitz, on the other hand, turned to similar proposals that were turned down in Arizona and Ohio despite favorable polls as an example for Michigan to turn to when considering Proposal 1.