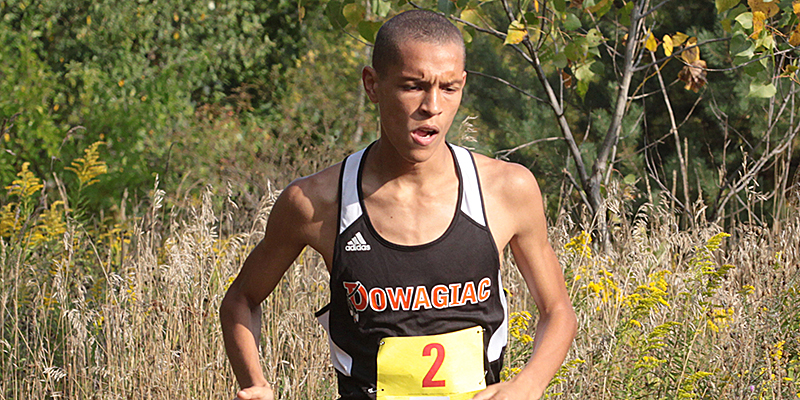 Dowagiac junior Shawn Little will be after a state championship in cross country on Saturday in Brooklyn. (Leader photo/File)

DOWAGIAC — For the first time since 2011, Dowagiac will send a regional cross country champion to the state finals at Michigan International Speedway in Brooklyn on Saturday.

Junior Shawn Little became the Chieftains’ second regional champion in school history when he captured the Division 3 title at Centreville on Saturday.

“As As usual, Shawn had worked hard through the week and was focused at regionals,” said Dowagiac coach Dan VandenHeede. “He was seeded first, but just barely. He knew Ethan (Senti) from Zeeland West would be gunning for the title, but he went out into the lead and held it the whole way, stretching it out a bit in the last 100 meters. He looked really strong.”

Edwardsburg’s Jack Leman was third overall with a time of 16:25.90 and also qualified for the state finals.

Little continues to leave his mark on the Dowagiac cross country program.

He reset his own school record at the Otsego Invitational this season when he ran a time of 15:55.

Little enters the state finals as the No. 12 seed.

“It helps that he has run against many of the top runners there including Alex Comerford (Otsego), who is seeded No. 1 with an incredible 14:59,” VandenHeede said. “There are many runners clustered right around his time at state, which will give him the competition he needs to run his best. He has matured a lot as a runner this year and has a good sense of pacing and his limits, which I am sure he will test this Saturday.”