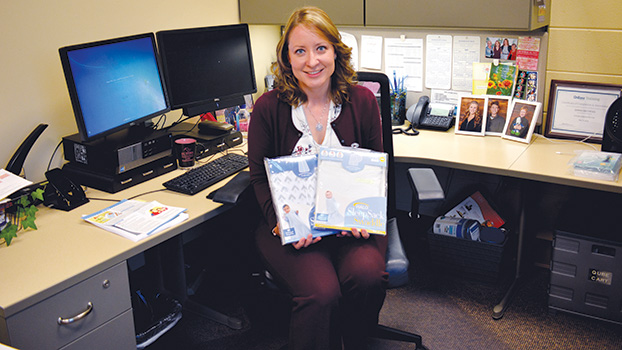 CASS COUNTY — One local organization has turned to social media videos to raise awareness about child safety in Cass County.

The Cass County Youth Council recently started a video series called “It Takes a Village” to help educate community members on ways they can help prevent child abuse and neglect and keep local children safe. Currently, there is only one eight-minute long video available, but organization officials say that more are to come.

The Cass County Youth Council is a nonprofit organization that is a partner of The Children’s Trust Fund of Michigan. The organization is designed to promote child safety in the county, which President Sarah Mathews said the video series will do.

“The goal and mission of the Cass County Youth Council is to promote and support the safety of children in the county, specifically to prevent child abuse and neglect,” she said. “That includes promoting a village that is safe for children even when they sleep, which is why we are starting the video series ‘It Takes a Village’ to provide information to community members that are part of that village raising our children every day.”

The first released video focuses on safe infant sleep, and how to prevent infant sleep-related death. Community Baptist Church, Cass County Sheriff Rick Benhke, The Children’s Trust Fund of Michigan and the 100 Women Who Care partnered to create the video to teach the ABCs of infant sleep safety, which are sleeping “Alone, on their Back, in an empty Crib.” The video also focused on how to ensure infant sleep safety when infants are in an unfamiliar sleep environment — be it a church nursery, the living room or a friend’s house — as one in five sleep-related death occur when babies are in new or different sleep environments, according to the Center for Disease Control.

Mathews said the group chose to focus on infant sleep as it has been a focus in the state of Michigan for several years and because most sleep-related deaths are preventable with the proper training and information.

“Even though we have low numbers of infant death because we are a smaller county, it is important because it is preventable,” she said. “If we can go out and educate, and we all follow those things, we can prevent a death of a child that could do so much for our community.”

Mathews said the council felt that video format was proper way to get information out as people can quickly watch the video and share it with others.

“So many people are already always on their phones, and if they scroll past the video, they might want to watch it and get some new information,” she said. “Already, we have had [more than 400] views. That’s a lot of people we couldn’t have reached otherwise, knowing that they actually read the information and didn’t throw it away.”

So, far the council has had positive feedback about the video series, with some people saying that they are excited to see more, Mathews said.

The next video the Cass County Youth Council is working on is car seat safety, which the group plans to release on social media before the end of 2018. Going forward, Mathews said the council is hoping to release at least one new video a year.

“I think we will be doing this I guess until we run out of topics, but I don’t think we could ever run out of topics,” she said. “I think the series has a lot of potential to raise awareness about child safety, and that is always worth the effort. We are here to keep our children safe.”

To watch the video series or to learn more, visit the Cass County Youth Council on Facebook.