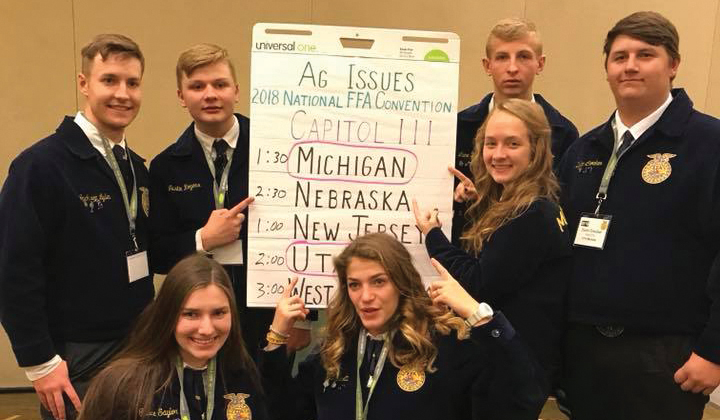 The Niles High School FFA chapter’s Ag Issues team got a chance to represent their community while competing in a national convention in Indianapolis last week.

Last spring, the Niles High School FFA won the Michigan state championship which advanced them to the preliminaries at the National Convention in Indianapolis.

The team had the chance to compete in the semi-finals with more than 65,000 high school students from all over the country. While students did not advance to the finals, they still finished in the Top 16 in the nation. Pictured from left: front row, Grace Saylor and Erica Lovett. Standing in the back are Jackson Lyden, Justin Rogers, Allison Crites, Lane Herrmann, of  Buchanan  High School, Dylan Crocker, of Buchanan High School. (Submitted photo)