Beckwith to host staged reading of ‘It Can’t Happen Here’ 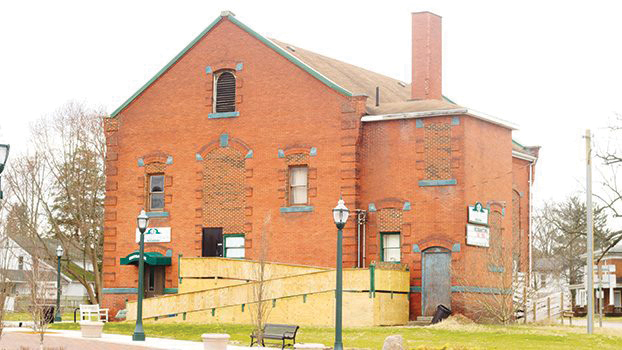 DOWAGIAC — A political satire and cautionary tale is coming to Dowagiac’s Beckwith Theatre this weekend.

The Beckwith Theatre, 100 New York Ave., will host a staged reading of “It Can’t Happen Here” at 7:30 p.m. Saturday and at 2 p.m. Sunday. The performances are free and open to the public.

“It Can’t Happen” is a 1935 novel written by Sinclair Lewis. The novel was first adapted into a stage play in 1936 and again by Tony Taccone and Bennett S. Cohen in 2017, which is the version that the Beckwith with be hosting.

The story, which was first published during the rise of fascism in Europe, follows the rise of eventual president Berzelius “Buzz” Windrip, who makes promises to his country to return it to greatness. Witnessing the new president’s tyranny from the sidelines is a liberal, middle-class newspaper editor from Vermont, Doremus Jessup, who trusts the system will fix itself until he himself ends up in a concentration camp.

“The play is really about how people think ‘it can’t happen here,’ but how democracy can fall apart very quickly,” said Andi Creasbaum, assistant director on the Beckwith production. “Though it is political, it is not attacking any political party. It is anti-fascism.”

With the adaption that the Beckwith will be reading this weekend being adapted in 2017, Creasbaum said the play reflects the current political climate in America.

“This is really kind of echoing the things that are happening in our society on purpose,” she said. “And with the election on Nov. 6, we think it is really relevant. … It is not an accident that we are doing this [play] before the midterm elections.”

Director Jennifer Shoemaker said that she understands that some feel that theater should not get political, but she disagrees, saying that theater is not just entertainment, but a reflection of society, and that includes politics.

“Theater does everything. It entertains, but it also informs and reflects what is going in our society,” she said. “Theater should make people think and show the good, bad and ugly of society. It should get people out of their comfort zones and starting to talk about these things. … With the elections coming up, I thought this was a pretty political show and that it would start some good dialog.”

Both Shoemaker and Creasbaum said they hope people who view the staged reading will be inspired to vote on Nov. 6 in the midterm elections.

“I don’t care what your political leanings are, but I hope that the show helps you to get started thinking and to go out and vote,” Shoemaker said. “This show isn’t meant to sway people one way or another, but it does show one way our country could go. Hopefully that will get people thinking about what they want our country to look like and inspire them to vote.”