Scholarship program been going on for more than 60 years 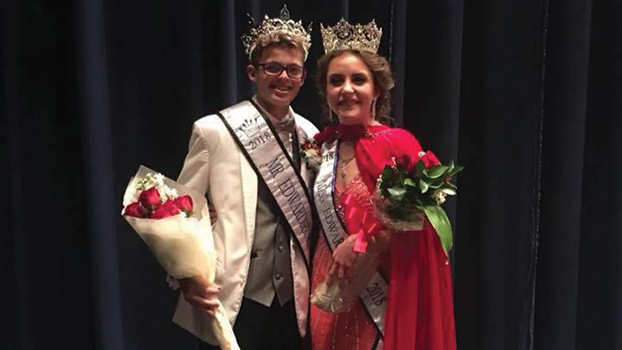 EDWARDSBURG — For more than 60 years, students in Edwardsburg have been able to sharpen their interviewing and public speaking skills by participating in a local pageant, the Miss and Mr. Edwardsburg Youth Scholarship program.

Registration for the pageant ended at the beginning of October, and will include 17 children who currently reside in Edwardsburg. Even though registration did not end that long ago, the students have already learned a lot.

This is all to prepare for their pageant, which will take place on Dec. 1 at the Edwardsburg Performing Arts Center. Tickets will be $15 when purchased in advance and $20 at the door. They go on sale at the beginning of November.

Outside of the pageant world, Boyer said these skills will help prepare the students for the workplace sooner than other students because they are actively working on interviewing skills and how to best present themselves.

These are skills that Boyer said they likely won’t have a chance to learn in other high school extracurriculars.

“Children today, they don’t know how to dress for success when they go into an interview or they go into different settings that require them to dress up and to present themselves in the best foot forward for a professional exchange,” she said. “So, it definitely benefits the kid who wants to be professional in the future. Different environments other than casual attire.”

There are four pageant divisions offered in Edwardsburg, from Miss and Mr. Edwardsburg to prince and princess. However, the lower divisions will have less participation this year than usual due to changes to the Blossomtime rules. Boyer said that in years’ past, students who live outside of the Village of Edwardsburg were allowed to compete in lower division, but starting this year that is no longer the case.

Last year’s Miss Edwardsburg will be giving up her crown on Dec. 1, while Cody Adkins will retain his crown.

“He is going to continue as our Mr. Edwardsburg in 2019 because Blossomtime allows the gentlemen to compete for two years,” Boyer said. “So, he is going back this year as our representative.”

Blossomtime competitions will take place in the spring.

Those interested in purchasing a ticket to the Miss and Mr. Edwardsburg Pageant on Dec. 1 can do so by emailing missedwardsburgpageants@gmail.com