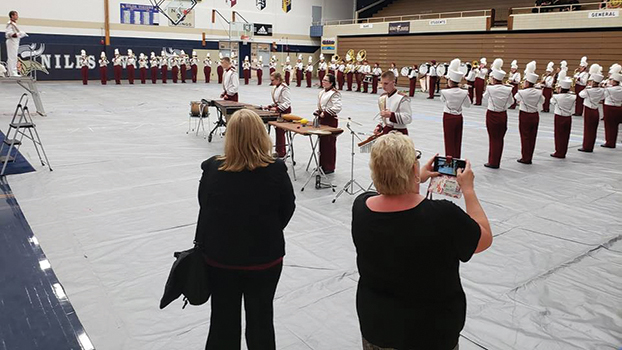 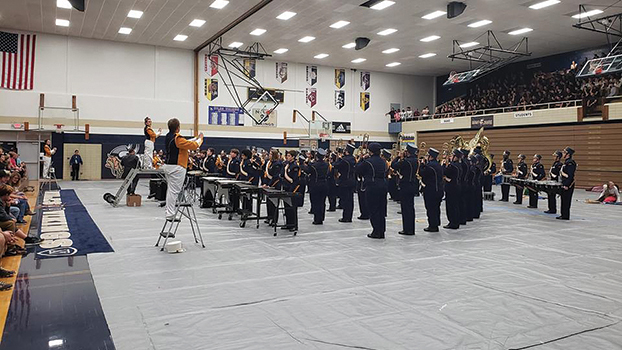 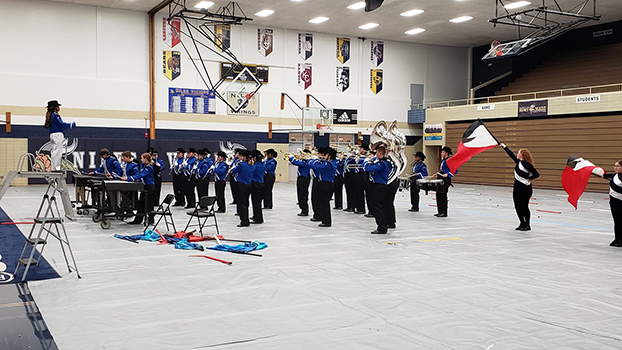 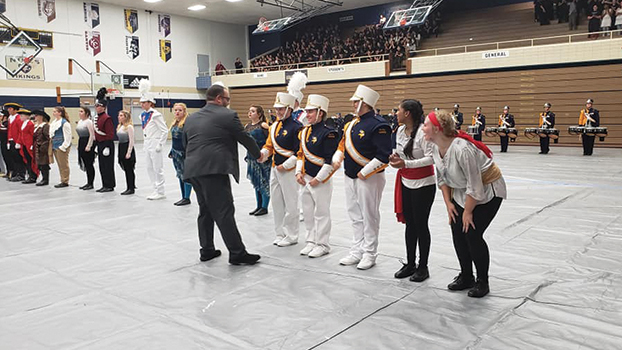 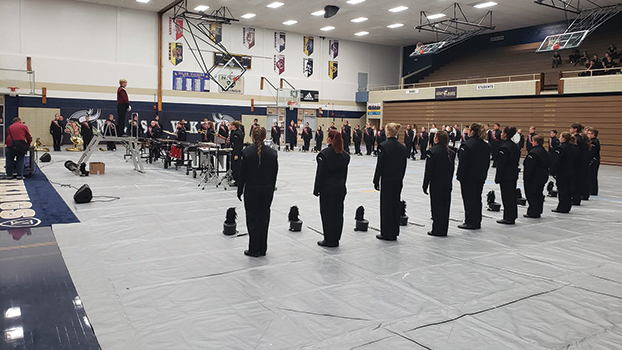 The Buchanan High School band is pictured here. Students stand at the ready as they prepare to perform. (Leader photo/ANGIE MARCINIAK)

Due to inclement weather the competition, usually performed on the football field, was called indoors.