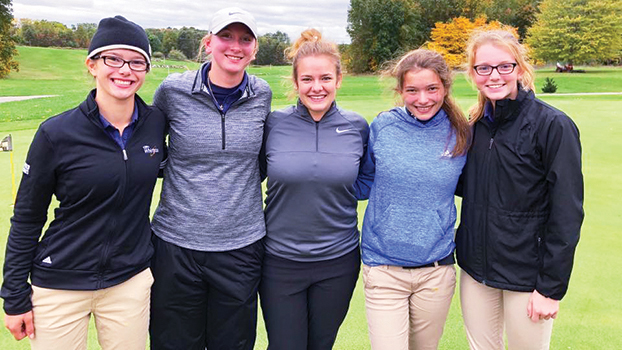 NILES — The Niles golf team finished second at the Division 3 Regional at Lake Doster in Plainwell on Thursday.

Marshall won the regional championship with a score of 366, while the Vikings were second with a 402 and Plainwell third with a 408.

The top three finishers at the regionals advance to the state finals at Forest Akers East on the campus of Michigan State University Friday and Saturday.

The Vikings were led to victory by senior Aynslee Myer, who shot an 83, which was the second lowest round of the regional out of 57 players.

Niles also got score of 103 from senior Katie Bruckner, 106 and 110 from junior sisters Skyler and Willow Brawley, along with a 117 from sophomore Maddie Lister.