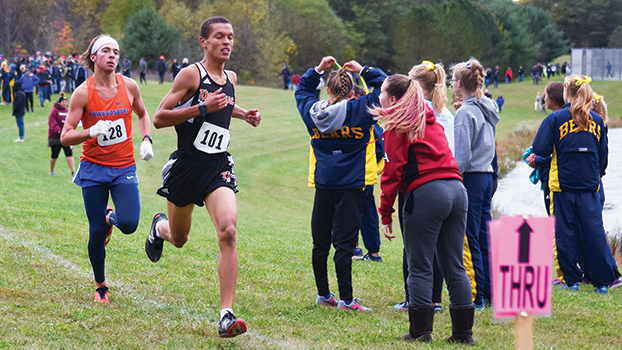 DOWAGIAC — The home course advantage was too much for the rest of the field at the Dowagiac Rock N Run Cross Country Invitational at the middle school Thursday.

Little posted a time of 16:14 despite cold, damp and windy conditions.

“Shawn was happy to finally have a win at this meet and had his best time on our home course,” said Dowagiac coach Dan VandenHeede. “He is in great shape and is feeling very positive and confident going into conference and regionals. It was nice to have enough guys to score last night and best a few teams. I had some girls out of town and ineligible, so I could not put together five to score.”

Erin Moore of Berrien Springs was third with a 20:00, while Edwardsburg’s Sophia Mick finished 11th with a 21:14.

“Kaylee ran a smart race last night,” said Niles coach Jami Foster. “We knew she had to run with or ahead of Molly Thompson because Molly has beat her a handful of times this year. Kaylee did a great job at establishing the lead within the first half-mile of the race. She has continued to break her own season records throughout the season and last night she broke her career record for the second time that she set at the state meet last year.  Kaylee is ahead of where she was this time last year by approximately a minute. Dan Sierra (assistant coach) has helped by running with her in practice to accomplish her goals this year.”

Dowagiac will run at the Wolverine Conference Championships at Plainwell High School.