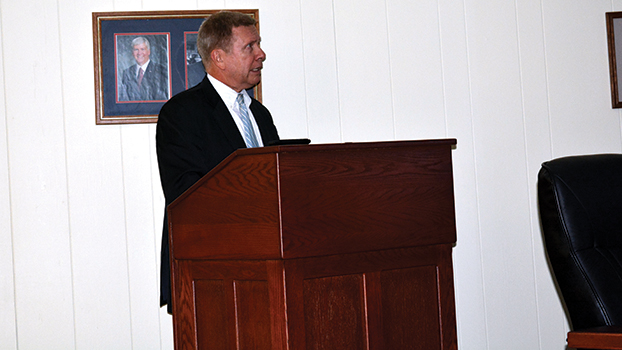 Following a discussion by the Cass County Board of Commissioners Tuesday about whether to pass a resolution opposing the legalization of medical marijuana, the board heard from the author of the resolution itself, which was Fitz. Fitz presented to the board during its regular meeting Thursday about why commissioners should vote
“no” on recreational marijuana, which is on the ballot for November’s election.

The resolution, drafted by Cass County Prosecutor Victor Fitz, calls for the board to make a public statement that it opposes a proposal on November’s ballot to legalize recreational marijuana and encourages other communities to do the same.

The resolution cites data from states that have legalized marijuana, specifically Colorado, that recreational marijuana has led to increased school suspensions and expulsions for children and marijuana-related driving fatalities have increased under legalization. The resolution also cites studies from The National Institute on Drug Abuse that links marijuana with lowered IQs and mental illnesses, including psychosis, depression and anxiety.

Fitz’s presentation touched on those topics and also pointed to the fact that law enforcement in many counties and states are opposed to legalization. Additionally, more than 200 citizen groups in Michigan have made statements opposing recreational marijuana.

Ultimately, Fitz told the commissioners that recreational marijuana legalization is not inevitable, pointing to the fact that ballot measures in both Ohio and Arizona have failed.

Also Thursday, The Michigan State University Extension presented its annual report to the Cass County Board of Commissioners. The report was presented by district coordinator Julie Pioch.

During her presentation, Pioch recapped the accomplishments of MSU extension over the last year, including the Imagine Cass initiative. Imagine Cass was a partnership between MSU Extension, Cass County and the Village of Cassopolis to reimagine Cassopolis’ downtown corridor. The project, which concluded this summer, used digitalized images and community input to create a plan for economic development in the area.

“I think it’s a great sign of economic development to come,” she said. “I think it was very successful.”

The report also focused on MSU-Extension’s push toward healthy eating, the 4-H program and solar energy.

“We are excited about the year and the future,” Pioch said.