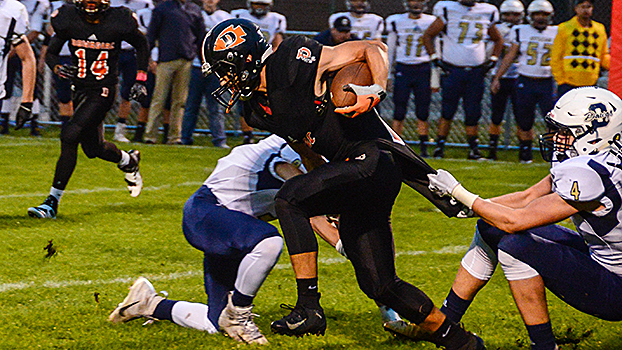 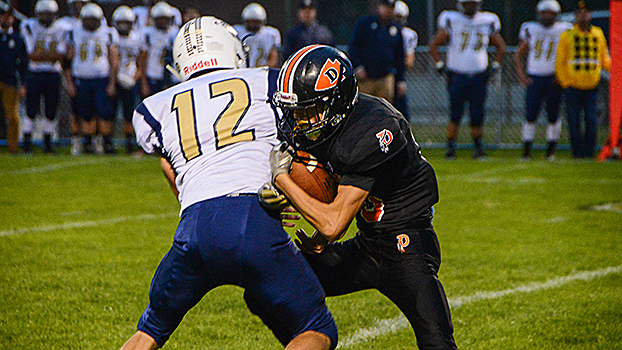 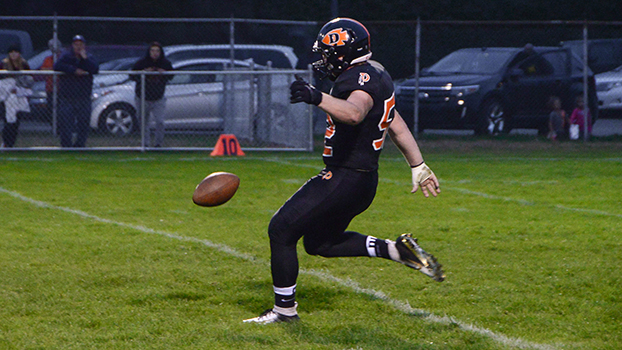 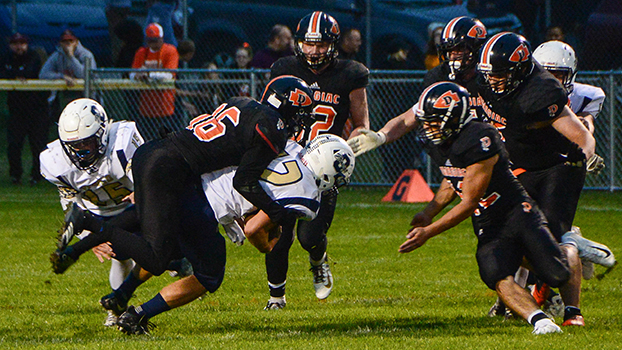 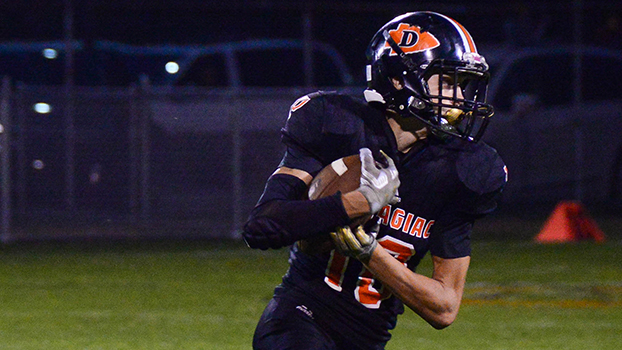 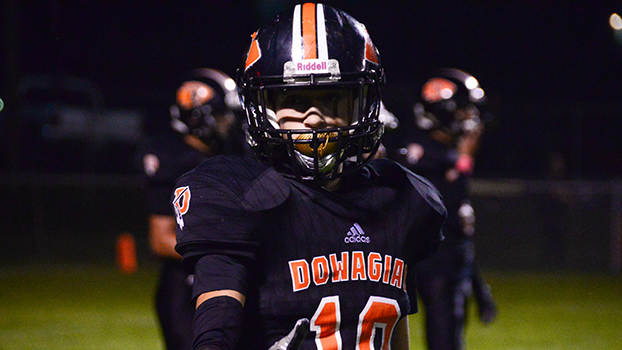 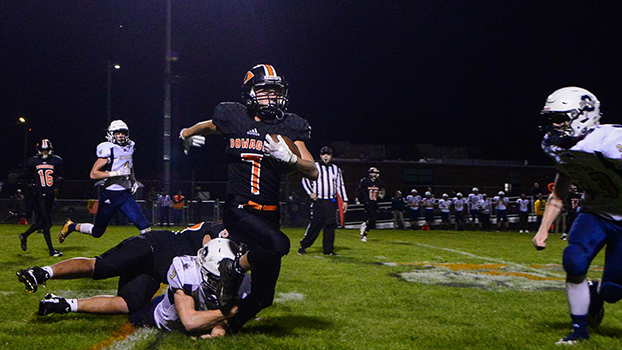 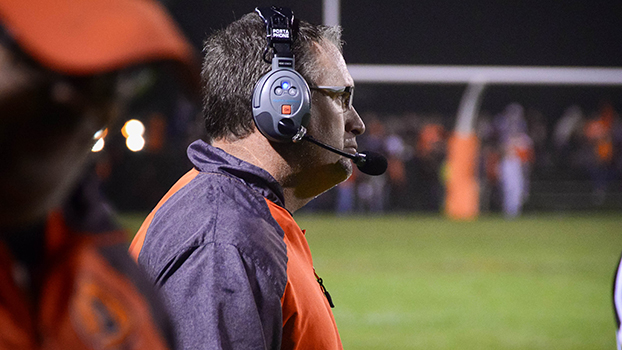 In a game that went in favor of the Chieftains for three quarters, the final and most crucial 12 minutes of play belonged to visiting Otsego. The Bulldogs made a stunning fourth-quarter comeback and walked off a firework-filled field with a 14-10 Wolverine Conference victory, leaving Dowagiac players and fans shocked.

Until the final quarter, Otsego was scoreless. Dowagiac had the 10-0 advantage.

“Not the way we wanted this night to end,” said Dowagiac coach Mike Stanger. “We fell short on making the plays we needed to make in the end and they (Otsego) made the right plays. Never easy losing on homecoming night, but I can’t discredit the effort our guys gave.”

Neither team scored a touchdown in the first half. Dowagiac’s only points came from Drew Davis, who successfully kicked a 32-yard field goal in the first quarter, putting the Chieftains up 3-0. Those numbers remained on the scoreboard until the third period.

Stranger said not getting points on the board early was a disadvantage to his team.

“We came up short in the first half,” he said. “I was hoping to have more points on the board when we went into the locker room, but that didn’t happen.”

The Chieftains only touchdown came in the third, when Kade Schreiber ran in the ball from 40-yards.
In the fourth, Otsego scored its first touchdown from the 1-yard line with 10:06 remaining in the game.

As the clock ran down to the final 28 seconds, the Bulldogs pulled through with a 15-yard pass to the endzone.

Chieftain players tried to score one last time, but a Bulldog interception with four seconds remaining abruptly ended the game.

“I told them after the game you never give up and this is why,” Stanger said. “Otsego wasn’t ready to end the game and this was the outcome. Regardless of the tough loss, our kids played extremely hard against a good team and I am proud of the effort they gave. We’ll bounce back. We always do.”

Dowagiac ended the night with 190 total yards, while the Bulldogs had 258. Chieftain quarterback Cailyn Murphy had 126 passing yards and Schreiber led in rushing with 49 yards.

Dowagiac, now 3-4 overall, is back home on Friday for a 7 p.m. conference game against South Haven.