One dead in motorcycle crash 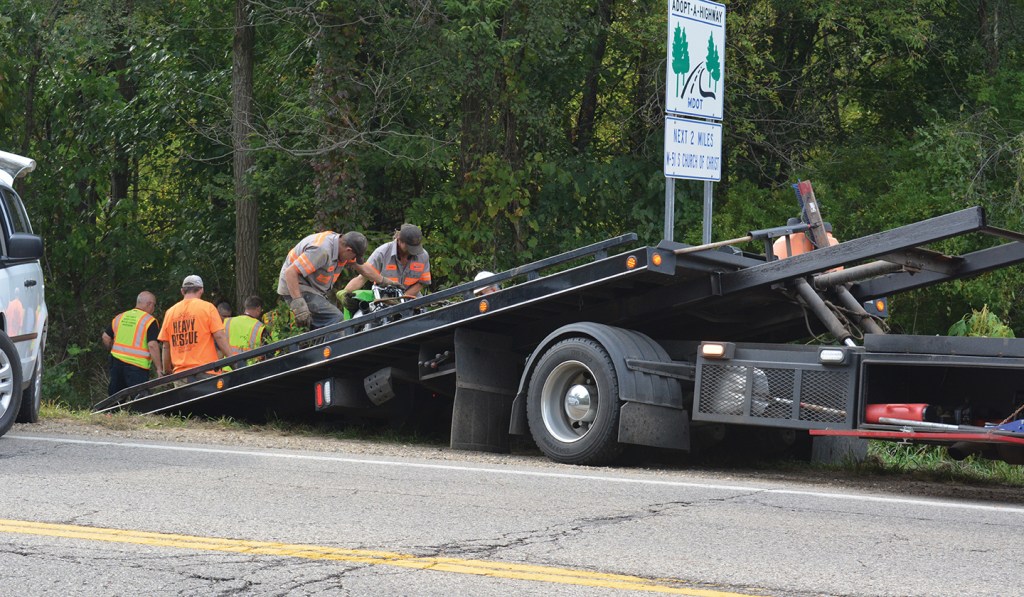 Police responded to the scene of crash Monday afternoon near the intersection of M-51 and Pokagon Highway. (Leader publication/SARAH CULTON)

DOWAGIAC — A man has been confirmed dead following a motorcycle crash in Dowagiac.

The Cass County Sheriff’s Office reported that a fatal motorcycle accident occurred Monday near the intersection of M-51 and Pokagon Highway. Witnesses reported that an unidentified male was leaving Dowagiac on M-51 at a high rate of speed, before hitting a mailbox, leaving the roadway and hitting a tree. Police reported that the man was dead at the scene.

Deputy Undersheriff Clint Roach said that the deceased was pulled over earlier in town by police, but fled the scene. The police were not in pursuit of the individual at the time of the crash.

The name of the deceased is being withheld pending notification of the family.