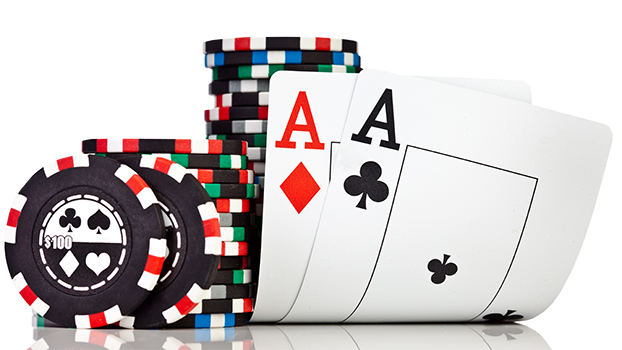 During the rush and excitement of a poker game it can be hard for a player to notice much more than the cards in their hand. The better their cards are, the more they bet and the more they focus on the value of the pair of aces that lie on the felt table in front of them.

What players often forget is that, as they throw chips into the pot, the dealer is progressively setting a few of them aside. That money goes to the house, otherwise known as a rake.

Every Thursday through Sunday, this scenario plays out hundreds of times at Joey Armadillo’s Bowling Alley, Sports Bar and Restaurant. For about 10 years, the establishment has run a poker room, but in this instance, only a small portion of the rake goes to “the house.” Instead, most of the profits are given to a local charity.

Joey Armadillo’s operates as the location for various millionaire parties. These are events regulated by the Michigan Gaming and Control Board where a charity is allowed to host games commonly played at casinos. Yet, the success of millionaire parties at Joey Armadillo’s could be significantly impacted if the new Four Winds Casino in South Bend were add a poker room — something casino representatives says it is will likely do after Labor Day.

Even though the games are played at Joey Armadillo’s every week, the host is actually the charity. Each charity is required to have three volunteers in the poker room during its hours of operation, and only members of the operation are allowed to collect and distribute poker money.

“I’m glad they make it that way because if it’s not run right then you will get shut down like some of the other rooms did from around the state,” said Joe Todd, the track coach as Niles High School and the school’s charitable gaming chair.

This means that Todd spends a lot of time throughout the year at Joey Armadillo’s helping to make sure each school that is hosting a millionaire party follows all of the rules.

“There are so many rules, I could talk [about them] for two weeks,” he said. “The pamphlet is about 100 and some pages thick.”

In total, Todd estimates that Niles schools receive between $20,000 and $25,000 each year from hosting millionaire parties at Joey Armadillo’s.

He initially began hosting millionaire parties at Joey Armadillo’s to help raise money for track and cross country, and remembers a time when raising money was difficult and often much less fruitful.

“We scrapped for money,” Todd said. “Oh my goodness. Cookie sales and magazine sales. This is a blessing to be able to make money. You don’t have to sell anything. You just have to get people there and they come to you, you don’t come to them.”

According to Todd, Joey Armadillo’s only asks for $50 per day to rent the space.

“Why would Joey’s agree to $50 instead of asking more from the supplier?” Todd said. “They get all the liquor sales, all the food sales, and Joey’s likes doing stuff for the communities. They like the fact that they are helping these charities raise money. We’ll give you the room for $50 a day. You let it work out any way you want and they also make money from all the liquor and food sales, so it’s like a win, win, win for everyone involved.”

But would people in the Niles community no longer “win” if the poker room at Joey Armadillo’s had competition?

“I’m a little bit concerned though, because unfortunately, the casino in South Bend is opening a poker room,” Todd said. “It’s not good for us.”

He is worried that many of the poker players who regularly attend games at Joey Armadillo’s will start going to South Bend, especially those who live in South Bend, which Todd said is roughly 40 percent of the players.

“You’d think the players here would much rather see the money go to your community, your schools, your American Legions, to do stuff for people in need and stay coming here.” he said. “And not go to a casino where it is going to the pockets of millionaires, so we’re hoping it doesn’t open.”

That is not to say that casinos do not also give back to their communities. Each year, Four Winds Casino and the Pokagon Band of Potawatomi Indians are taxed, and a portion of that is shared with local units of government.

In 2016, the total annual distributions from the Four Winds Casino in Dowagiac was $669,049, according to an annual report from the Michigan Gaming Control Board (the 2017 report is not yet available). The breakdown was:

In total, slightly more than $6 million was paid to local units of goverment by the Pokagon Band of Potawatomi Indians in 2016, with nearly $4.5 million going the New Buffalo community where Four Winds’ largest casino is located. This includes $681,439 to Berrien County, $202,262 to Berrien Regional Education Service Agency and $154,711 to Lake Michigan College.

While this might be significantly more than what hosting millionaire parties at Joey Armadillo’s provides, it’s actually a rather small percentage of the casino’s actual winnings. According to the same annual report, there are seven tribes who signed the Tribal-State Gaming Compact in 1993. Those tribes are required to pay 2 percent of their net win to local units of government.

Given such a large profit margin, the Pokagon Band of Potawatomi Indians gives back in other ways, as well. For instance, it donated $349,000 to Memorial Children’s Hospital over a five-year period and states that it made more than a $91 million economic investment to the region in 2016.

Still, it appears that less of its overall profit from winning goes towards a specific charity when compared to a millionaire party — even if that profit is significantly greater. Thus, any dollar that a Four Winds poker room is able to take from the one at Joey Armadillo’s might mean less for local charities.

“I’m just hoping it doesn’t hurt our charities and our nonprofits here,” Todd said. “That people will continue to support their communities.”

In an upcoming edition, Part II will discuss how state legislative changes will impact southwest Michigan Gaming and the negative impacts gambling can have on a community.