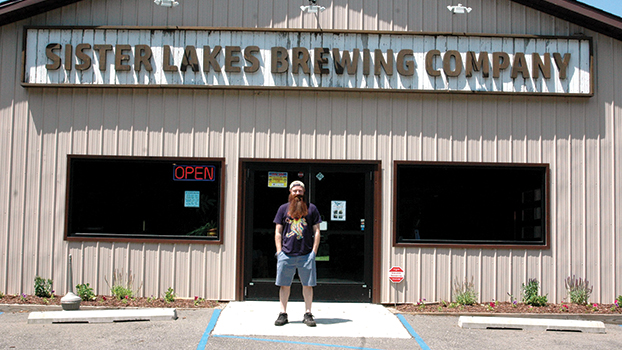 DOWAGIAC — One local business is looking to celebrate a major milestone with music, fun and a whole lot of beer.

Sister Lakes Brewing Company, 2500 County Road 690, Dowagiac, will reach the milestone of its second anniversary on June 23. To celebrate, the brewery will host an anniversary party from 5 to 11:30 p.m. June 23. Tickets to the event are $5.

“This is an opportunity for us to throw a big party,” said Joe Morin, one of the founders of the family-owned Sister Lakes Brewing Company. “It’s a celebration of ourselves, but also a celebration of all our customers.”

For the event, not only will the brewery be featuring a number of family friendly attractions, such as live music throughout the day from Jack Adams, Kyleigh See, Midwestern Lull Duo and ClusterPuck, and a bounce house, but it will feature four new or returning beers for the event. The beers include: Shakedown’s Treat, an American pale ale; Keeler Common, a CA common ale; Primos, a Mexican lager;Irish Red Beards, an Irish red; and Rescue 21, a red ale, from which proceeds support the Sister Lakes Fire Department.

Additionally, Sister Lakes Brewing Company is asking that people bring in food donations prior to the party. Working with Hops for Hunger, the brewery will donate the donations to local food pantries, and anyone that brings in donations will receive a raffle ticket to be entered to win a custom Kitchenaid stand mixer.

Morin said the celebration as a whole will focus on the community, as the brewery has the community to thank for much of its success.

“We couldn’t do any of this without the community,” he said. “We wanted to show everyone that we appreciated them, so we want to through this big party and invite the community to celebrate with us.”

The past two years have been an adventure for Morin and his family that owns and runs the brewery, he said. Calling the time “an exciting learning process,” Morin said that since the brewery opened, he and his family have seen a boom not only in their own business, but in the craft beer industry in general. Though Morin said that the brewery has yet to decide what its future will look like, he is grateful for all of Sister Lakes Brewing Company’s customers for their support and for being along for the ride with him and his family.

Morin said he is hoping for a large turnout at the second anniversary party, encouraging the community to come out and celebrate with him and his family.