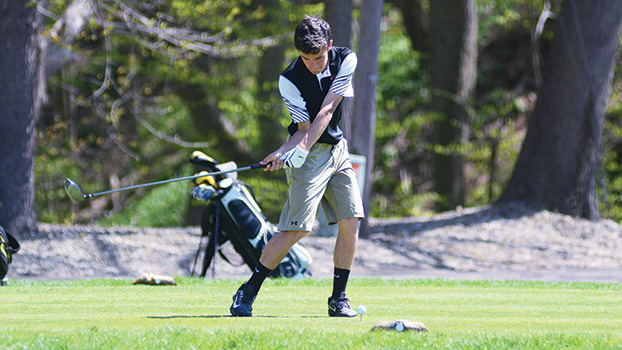 DOWAGIAC — The Wolverine Conference dodged the raindrops and thunderstorms to get in the 10th and final league jamboree in at Hampshire Country Club Friday.

Conference leader Edwardsburg captured yet another jamboree victory after shooting 161 as a team.

Plainwell was second with a 171 and Allegan third with a 178.

Host Dowagiac finished sixth with a 187.

Dowagiac was led by Nick Saltzman, who shot a 47.

“We got very lucky with the weather last night,” said Dowagiac coach Bob Turner. “It rained right before we started and everyone’s phones showed thunderstorms, but once we started we did not get rain until we were finished.”

Edwardsburg will take a healthy lead into Thursday’s conference championship, which will be hosted by Otsego at Lake Doster Golf Club.