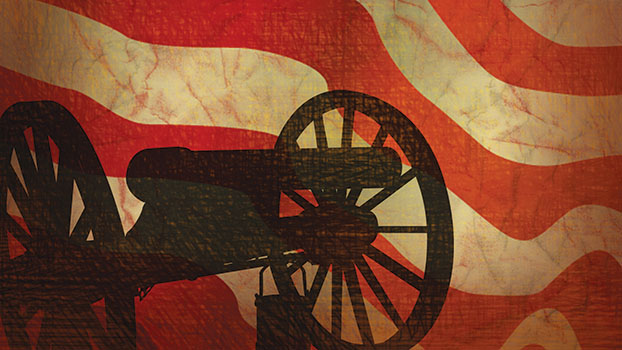 BUCHANAN — The Civil War will be the focus of a special Cemetery Walk at Oak Ridge Cemetery Saturday. The walk will begin at 1 p.m., with a rain date of Sunday at 1 p.m.

The walk is sponsored by the Friends of Oak Ridge Cemetery, the City of Buchanan, the American Legion Post 51, the Buchanan Preservation Society and the Civil War Roundtable of Southwest Michigan.

The cemetery is located on the city’s west side between Front Street and Terre Coupe. People should gather at the Knight Chapel at 1 p.m. Saturday for the start of the half-mile walk.

Civil War historian John Urschel and Friends President Robert Brown will be co-leading the walk. Urschel has written a number of articles and books about the Civil War including “Buchanan Boys in Blue” and “Michigan Boys in Blue.”

Urschel will be talking about the war service of local Civil War veterans and the regimental exploits of the 12th Michigan Infantry and the 25th Michigan Infantry, companies of each which were raised in Buchanan. He will also talk about the two regiments’ most notable battles, those at Shiloh and Tebbs Bend.

Brown will be talking about veterans’ lives after they returned to Buchanan. In addition, Friends member Kathy Swem will be portraying Hannah Carlisle, a Civil War nurse from Buchanan who also sent two sons off to war.

Urschel said people will learn about 35 to 40 soldiers during the walk, with about 20 having photos near their graves. Those veterans include Orville and Ashley Carlisle, Zeke Spaulding, William and John Perrott, Benjamin Binns, Reuben Stratton, Orange Blake, John Peck, Aaron and Sam Miller as well as two African Americans L.Q. Hays and Cyrus King.

Also attending the walk will be Ted and Faye Chamberlain of St. Joseph who portray Major General Joshua Lawrence Chamberlain and his wife, Fanny.

They have appeared in character at Gettysburg several times over the years as well as at the 150th anniversary of the surrender at Appomattox Court House. Major General Chamberlain led the 20th Maine in the now famous defense of Little Round Top at Gettysburg on July 2, 1863.

The Chamberlains will be bringing many Civil War artifacts including medical equipment of that time to the walk.

The Friends of Oak Ridge Cemetery’s efforts over the years include obtaining five Civil War tombstones from the Department of Veterans Affairs to replace broken or illegible stones. The group also provided the bronze plaque with the history of the cemetery’s Civil War Parrott Rifle.

CASSOPOLIS — At the Cassopolis Board of Education special meeting on April 30, Superintendent Angela Piazza proposed a restructuring of... read more