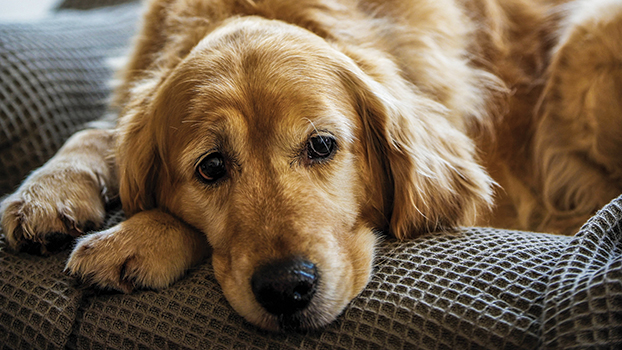 Imagine a woman who, after being treated with anger and abuse by her spouse for five years, finally gets up the courage to leave.

She checks herself into a women’s shelter, but they have no place for her to keep her black lab — her main source of comfort and support as she has struggled to survive in the difficult relationship. The night after she walks out, a cold front comes through and temperatures drop to well below zero. The woman receives a message from her spouse that if she does not return, he will leave the dog outside all night and it will likely freeze to death.

The woman immediately packs up her belongings and returns to her husband’s home, unsure of how she will ever find the strength to get out for good.

This situation is the unfortunate reality for many women in southwest Michigan and throughout the entire United States. According to Redrover.org, an organization dedicated to educating people about and preventing animal cruelty, 71 percent of domestic violence victims who enter a women’s shelter and own pets report that their abuser injured, killed or threatened pets to seek revenge or control their victim.

It is also a reason women go back to their significant other. Redrover.org also reports that 25 percent of victims who leave their abusive relationships return to their batterers to protect their pets.

“Their animals are a reason why they stay in the relationship,” said Deborah Hackworth of Domestic and Sexual Abuse Services. “Women are caretakers by nature, so they are usually the primary caretakers of the pets in the home, especially if they don’t have children — those are their babies.”

While this situation is devastating to many men and women, it is often overlooked, brushed aside or difficult for people on the outside to understand.

“A lot of times people ask, ‘why don’t they just leave?’” Hackworth said.

This is something that Hackworth said at one point in time she struggled to be as sensitive as she should be to people who were hesitant or refused to leave an abusive relationship because of a pet, but she quickly learned.

“Now I understand if you’re being isolated, sometimes your pets are the only comfort and companionship that you have as a victim,” she said. “Anything that’s important to you, anything that would provide you with strength, comfort, happiness — the abuser wants to control that in order to maintain power and control over their victim.”

In every abusive relationship there are barriers that prevent women from leaving, which Hackworth says act as figurative boulders that block women from their door and keep them from exiting the relationship.

Her goal and the goal of DASAS is to help women in abusive relationships remove these barriers so they can better evaluate what their options are to improve their situation. When it comes to pets, DASAS partners with several local organizations to help women place their pets in animal shelters.

First, DASAS will contact Crossroads Veterinary Clinic, which will make sure a dog or cat has the necessary vaccinations to stay in an animal shelter. Next, the organization will find a shelter where the pet can stay, such as at Alpha Boarding Center in Three Rivers and the Cass County Animal Control, which will board the pet in for up to 30 days for free.

For bigger animals, DASAS relies on support from the community.

“There have been instances where there were larger animals, which one lady said she couldn’t leave because [her significant other] said he would kill their horses, and it’s not as easy for someone to board their horses,” Hackworth said. “But there have been community members step up and say, ‘I’ll keep a horse if that’s a barrier [preventing a] woman from to being safe.’ The community as a whole has stepped up, and it’s just been amazing to see their willingness to support and help survivors.”

To make people aware of this issue, DASAS allows people to run or march with dogs at two of its annual fundraisers: The Survivor Stomp and Walk A Mile In Her Shoes.

BUCHANAN — From a cappella to scenes from the movie “Monty Python,” the Tin Shop’s latest production, the Hometown Variety... read more

Community members step up in a mask shortage stitch

SMC extends online classes through the end of spring semester

First Cass County resident dies as a result of COVID-19